Traveling Yogi: What I did in Munich, Germany

What you all have been waiting for… my last post on my travels to Europe! After experiencing 2 straight days/nights at Oktoberfest, I decided to actually explore the city a little bit more. And with one day left, I went on a bike tour in the morning, and a pub crawl at night – best way to end my time in Munich! Below is a summary of my last 2 days in Germany:

After being out until 2 am the night before & coming back to my hostel with someone in my bed, I was not exactly ready for my alarm to go off around 7 am. I scheduled a last-minute bike tour for 8:30 am – 4 hours long – with Mike’s Bike Tours. It was highly recommended by quite a few people I met while traveling, and its an easy way to see the city. I am not much for museum hopping or history, but the tour guide was absolutely hilarious and made the 4 hours pass by so quick. 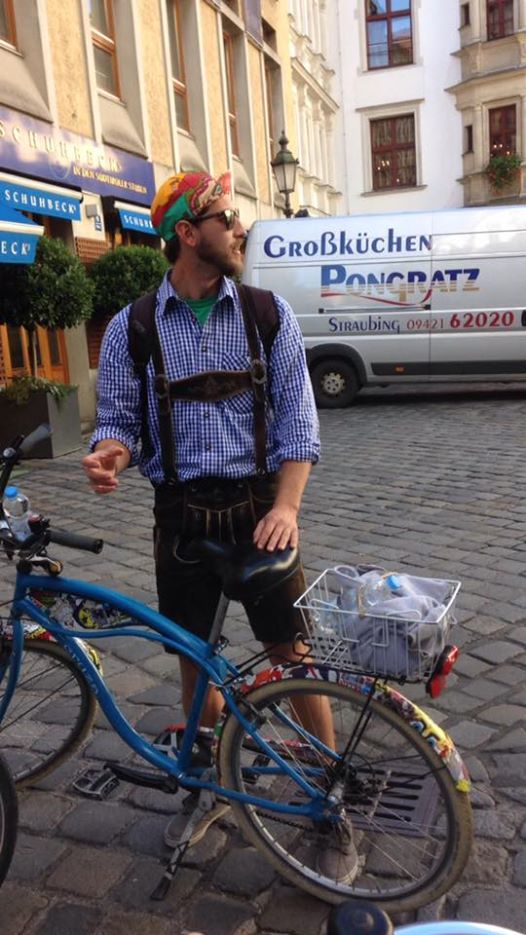 We toured a few churches, learned about the history of hofbrauhaus, the city, hitler, politics… 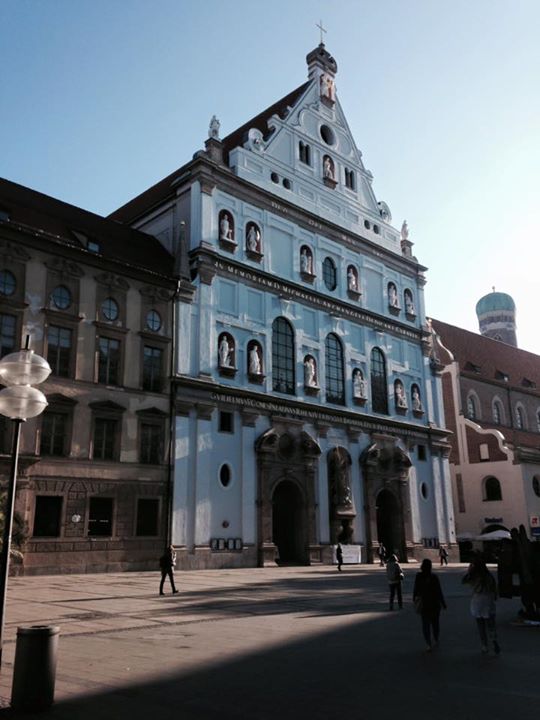 Stopped at a nude park….

and stopped at the world’s second largest beer garden for lunch (and some beer!). Yes, we all drank and rode our bikes back to the city. Total norm in Munich. 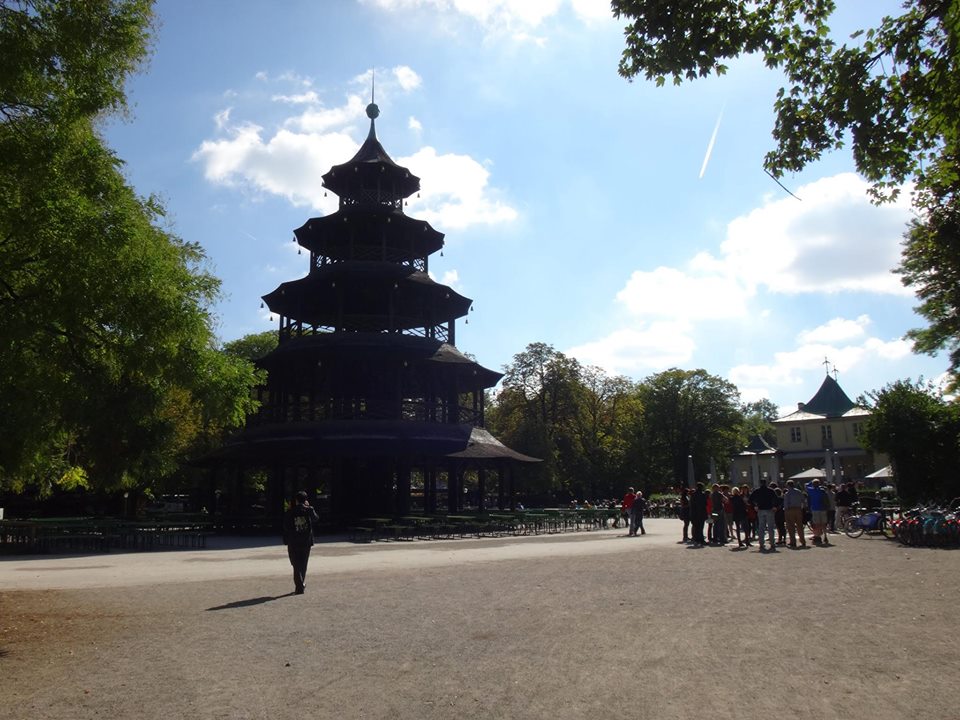 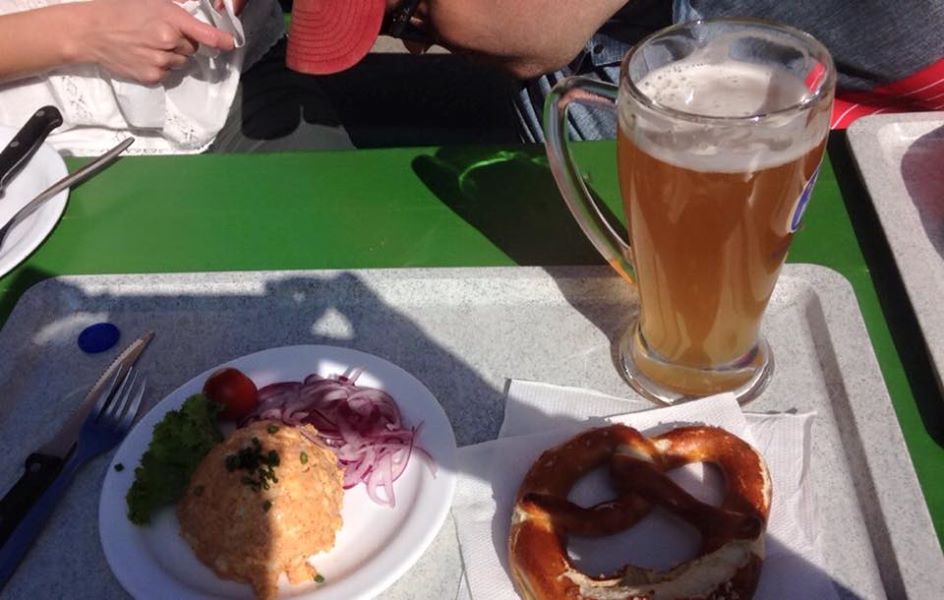 We also got to watch some awesome surfers ride a wave on a river… dangerous, but very cool to watch! 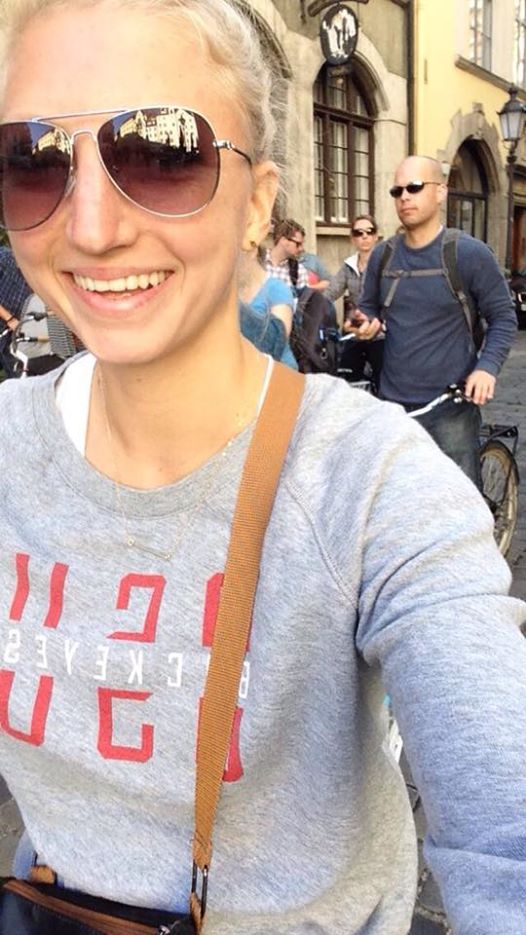 After returning our bikes, I decided to walk around the open air market a bit – basically a huge market with lots and lots of fresh food. I would go here every day and buy all of my groceries from the vendors if I lived in Munich.. this place was amazing! It’s pretty similar to a farmers market, but way bigger. 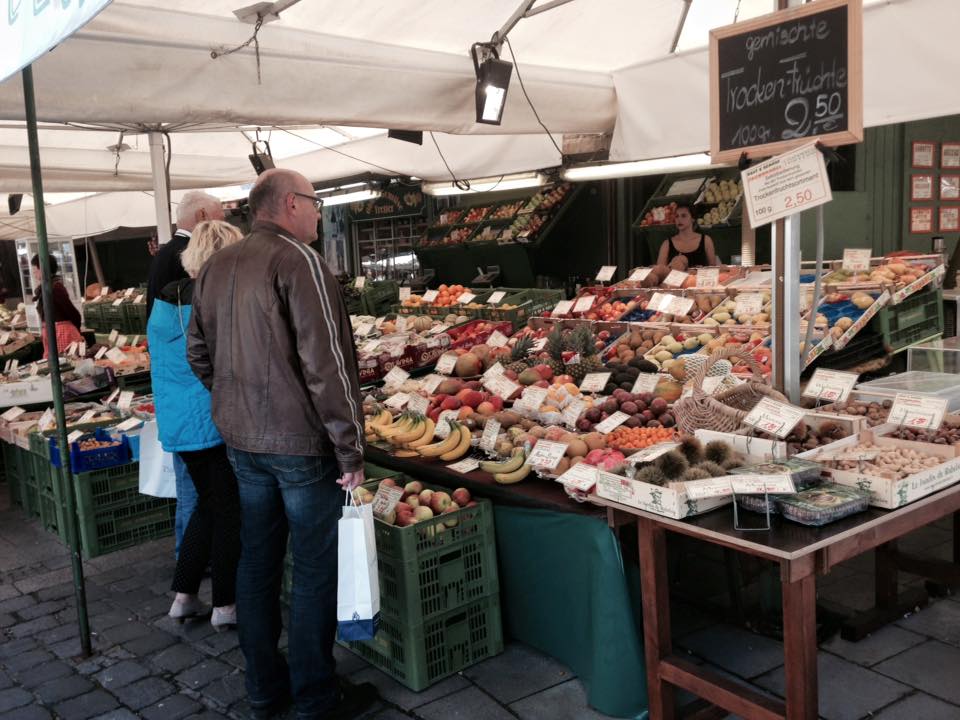 I was meeting up with a friend I met in Geneva/Chamonix for dinner, so I decided to head back and rest a bit beforehand. I barely got any sleep the entire trip, and I finally gave in and took a much-needed nap.

I met up with my friend at Fraunhofer, and it was seriously amazing. 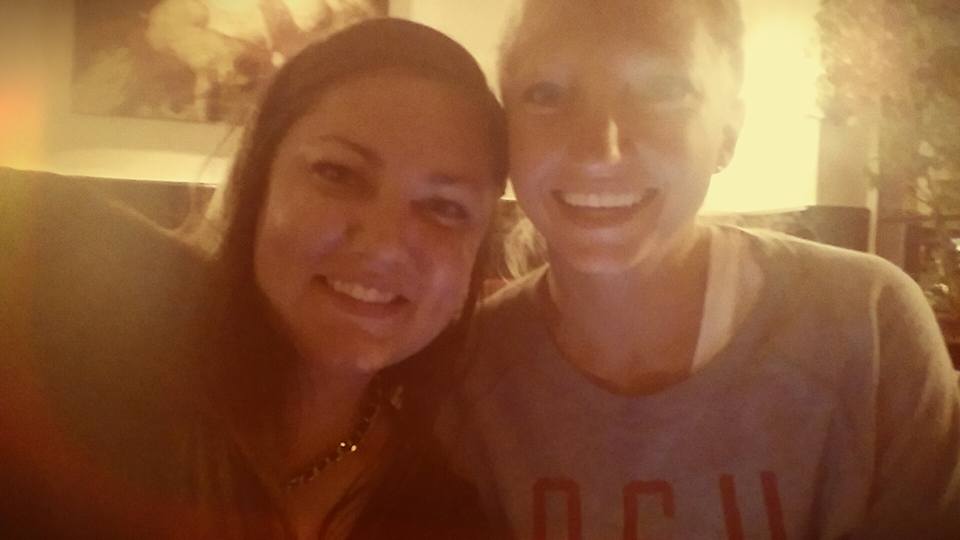 I ordered some sort of dumpling dish – and you never know what you are going to get, because it’s always different at every restaurant you go to in Germany. And beer. Because, when in Germany… Also – Franziskaner Weissbier is now one of my favorite beers ever. Something about banana beer always gets me… Where can I find this in the US?! 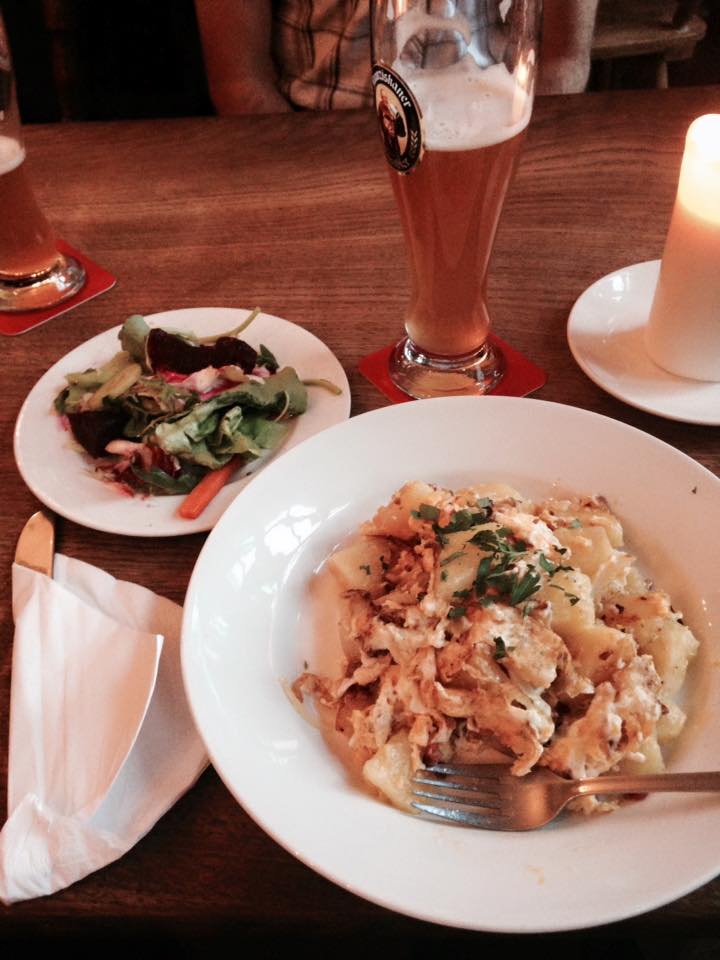 After dinner, we hopped around a few bars, grabbing a few more drinks before heading in at midnight. 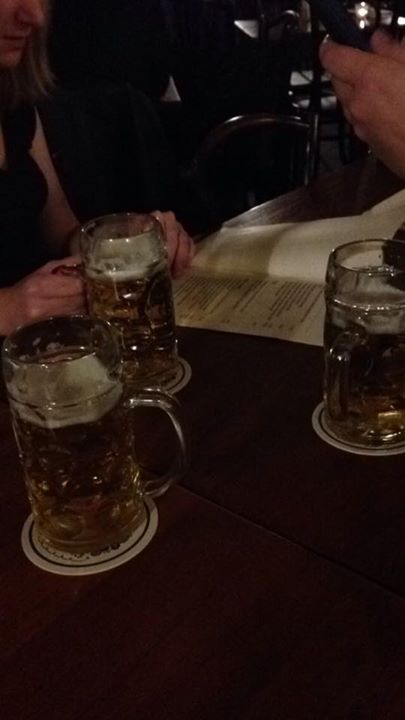 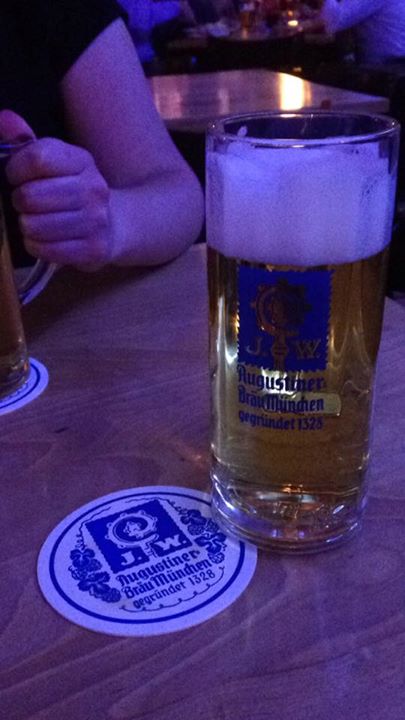 I got up around 7/8 am, checked out of my hostel, and headed to the airport. 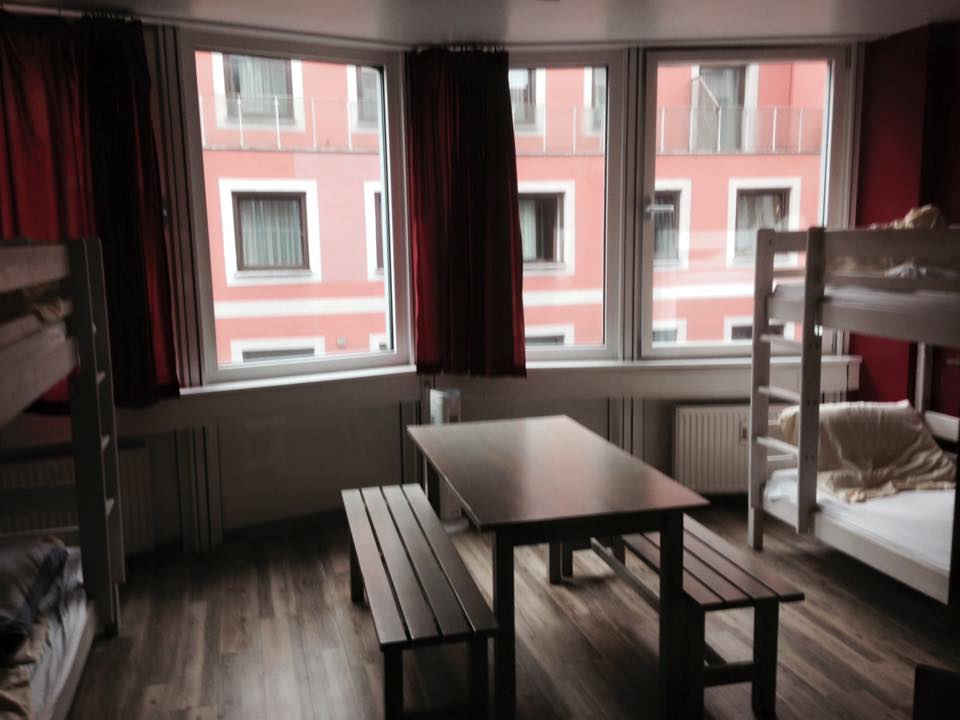 I wanted to check out the airbrau brewery – a brewery at the Munich airport – before leaving. And no matter how much I travel, I always need to be at the airport 10 hours before my flight leaves, because I have awful anxiety about missing my flight.

Anyways, I was going to check in, but my flight area didn’t open until 12:30. And it was 10:30. Soooo it was time for an early lunch at the brewery… and it didn’t disappoint. I mean, who wouldn’t want beer, cheese, pickles, sausages, and bread for breakfast?? And I am being dead serious. German food forever changed my taste buds… although, I still steer clear of sauerkraut. heck.no. 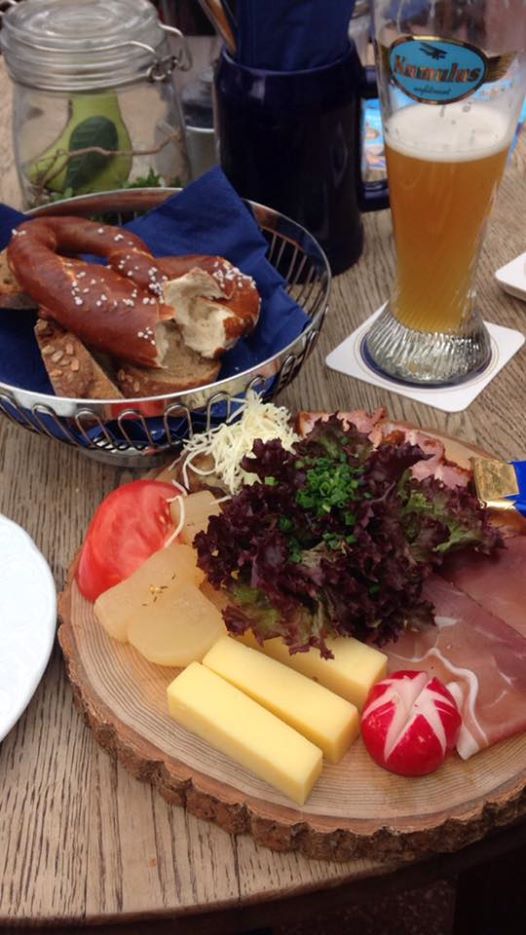 After finally being able to check in around 1, I find that my flight is delayed for a few hours. I ended up sitting and chatting with a couple from DC, so it wasn’t too bad. Except I had an awful sinus infection, and my nose would not.stop.running. Luckily, I found medicine at the airport, and the 9 hour flight to Canada wasn’t awful. However, I arrived back to the states around 11/11:30, and I hadn’t slept for over 24 hours. So, you could say I was ready to sleep when I finally got to my apartment. And jet leg – you are a real thing. I felt like I was walking around with my brain in the clouds until Friday afternoon!

So that sums up my first trip to Europe – I hope you enjoyed reading about it, and that it might be helpful if you ever decide to travel to Switzerland/Chamonix/Munich! I am thinking my next trip will be Iceland – has anyone ever been? Any other ideas where to go next?