As promised, below is a recap of my trip to San Francisco. I didn’t really plan much for this trip except for my yoga conference, so I figured I would drive out to wine country for 1 day, check out a cycle studio, and get some runs in.

As soon as I landed, I caught a shuttle to my friends apt. We spent the next few hours catching up on life before I decided to head out for a nice, 9-mile run. Except, 1) I didn’t realize how hilly SF was, and 2) I got lost, so my 9 miles turned into 10+ miles. No biggie, except my calves were sore for a solid week afterwards! There were people running past me the entire time – people are in serious shape out there!

Anyways – I had to stop – a LOT – because look – the views are beautiful!!

Which made me seriously question a lot of life decisions – for one, why am I living in Ohio? It was 45-65 degrees the entire time I was visiting (which is actually cold for this time of year), but it felt amazing! I was running around in a long sleeve shirt and was dying by the end of my run! And people were walking around with hats and long fur-lined coats… they obviously have never experienced Ohio weather. 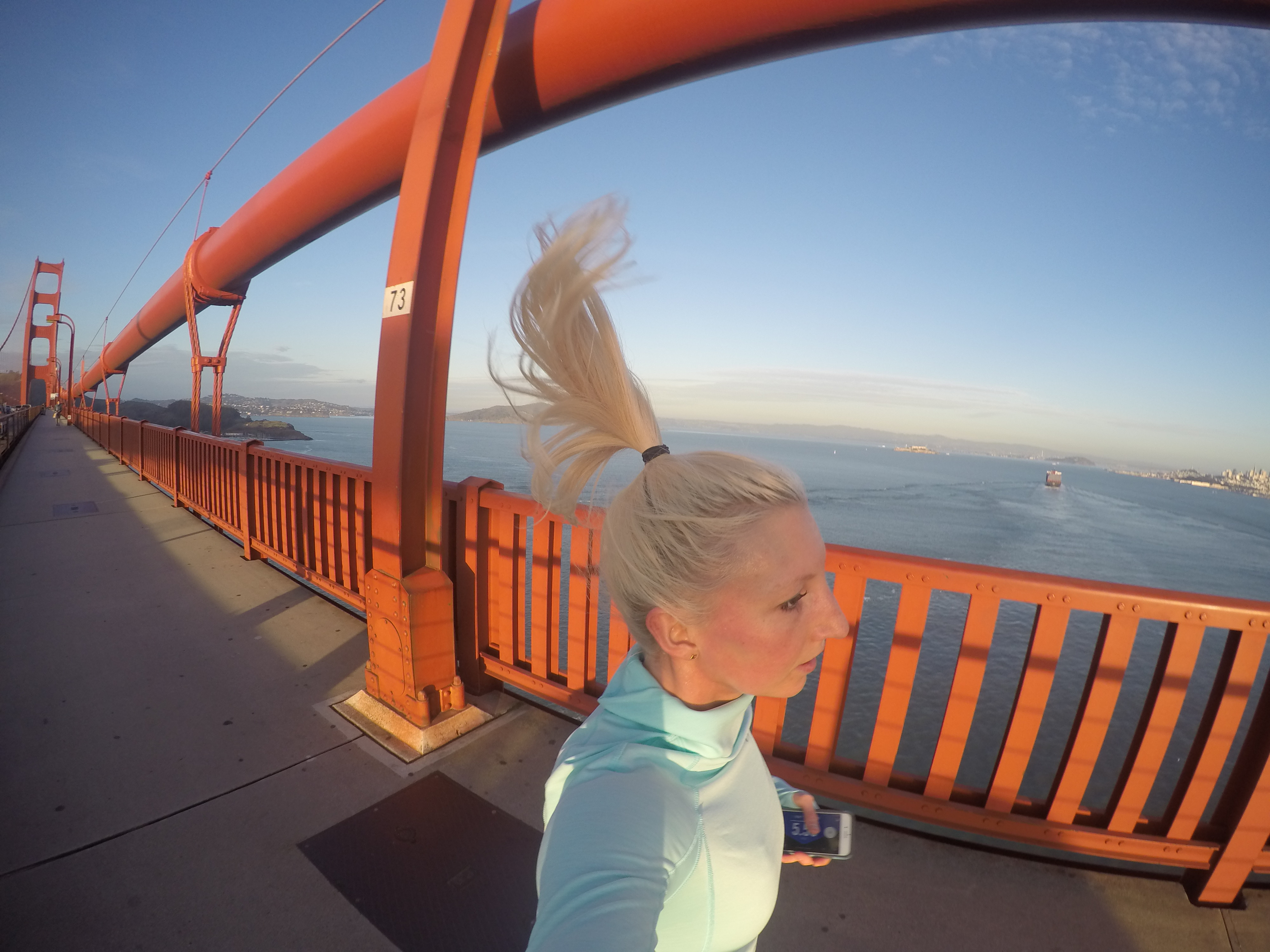 Run Across the San Francisco Bridge = Check off my bucket list!

After getting lost and running over 10 miles, I finally found my way back. My friend and I went out to eat, splitting a bottle of wine and staying out until the wee hours of the night – 1:30 am (4:30 am eastern time!).. Needless to say, I was a little fuzzy the next day, but I survived 😉 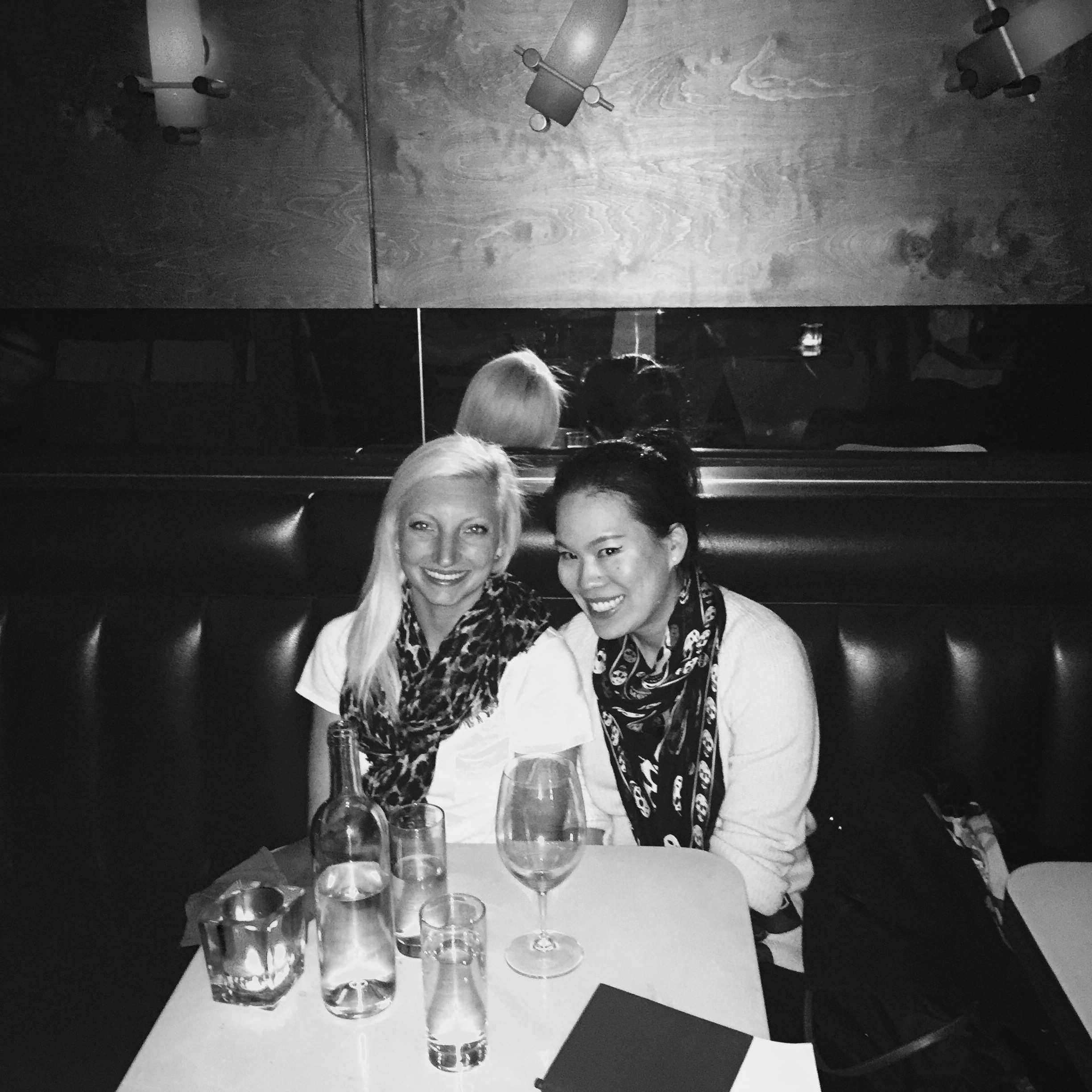 Fast forward to Sunday night – the yoga event had come to an end, and I was pretty tired…. So, i caught an Uber and headed over to Roam Burger. Let me tell you – this burger was the size of my head: Bison, bacon, cheese, fried egg, fries, avocado, tomato, lettuce… I mean, just look at it. And a beer & fries on the side, because that is just mandatory with a burger 🙂 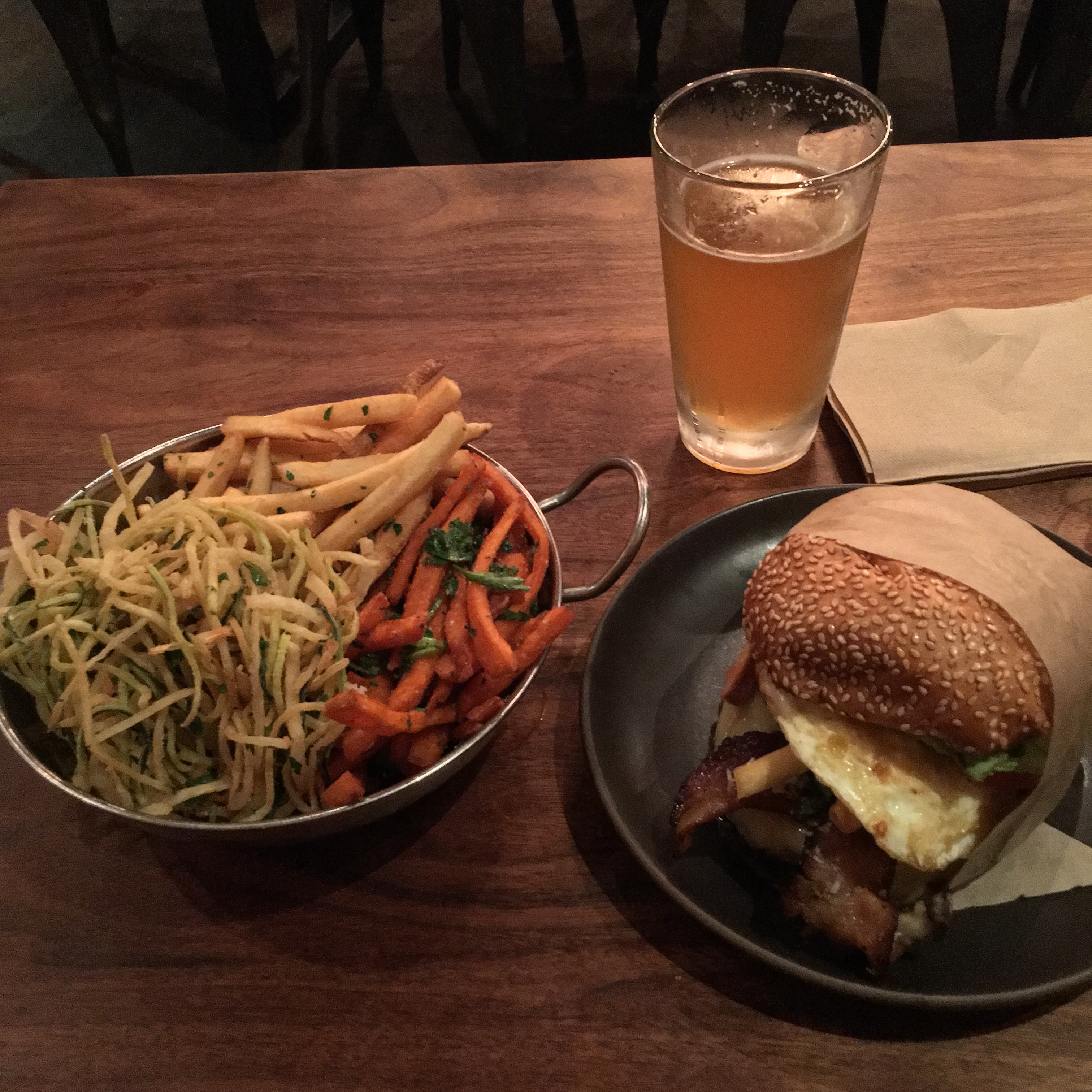 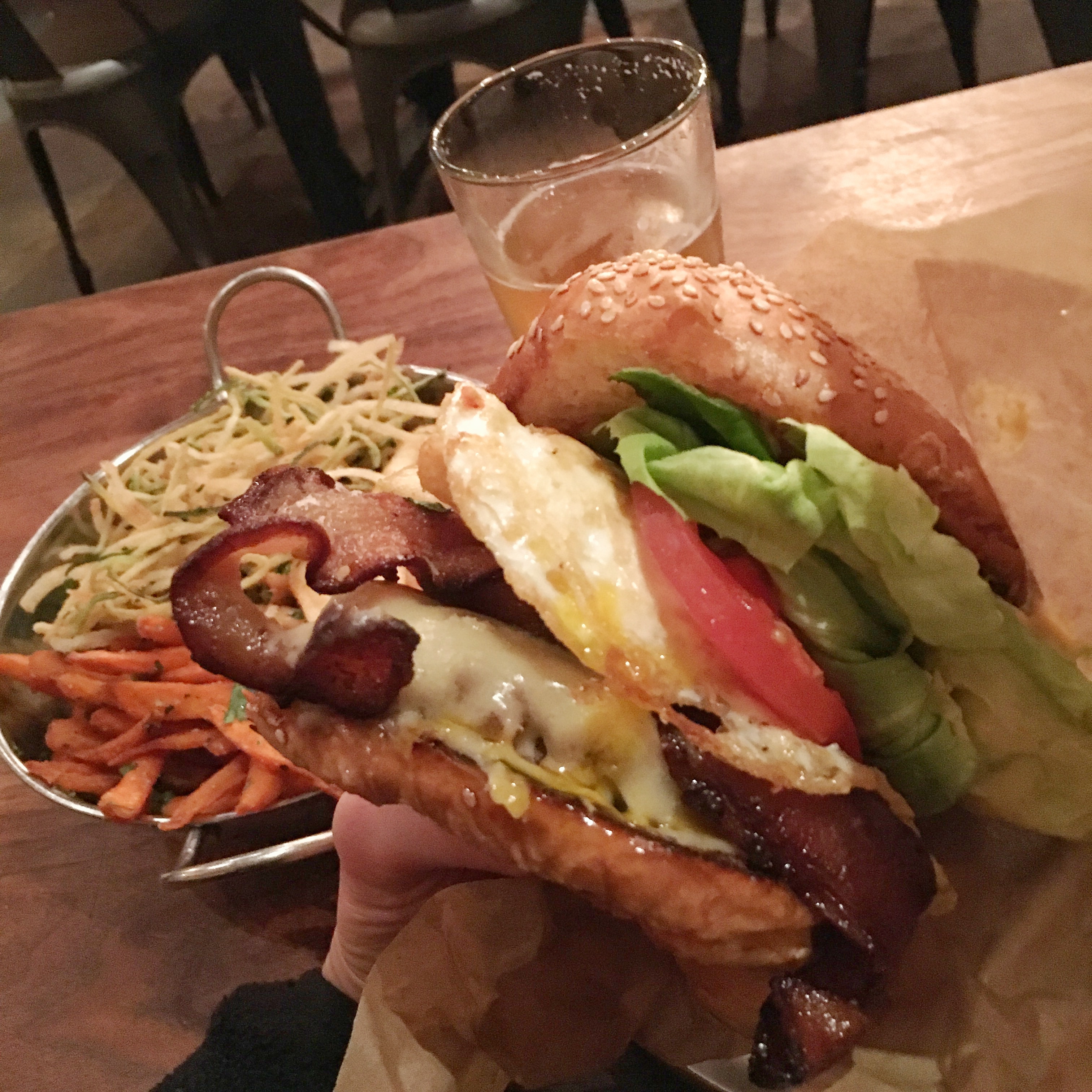 I basically ate myself into a food coma – so come Monday morning – I slept in… and of course, finished the reset of my burger for breakfast! I planned out the rest of my trip while waiting for my food to digest (a burger before a run = sometimes I don’t make good decisions), deciding to run & explore + catch up with a friend from high school at dinner…. Tuesday, Wine Country…. and Wednesday, a cycling class!

My Monday run consisted of heading over to Rincon Park, then back to fisherman’s wharf to hang out with some sea lions, then to Ghiardelli square for CHOCOLATE!! I actually found an amazing juice spot, THEN bought some chocolate – because I have to be a little healthy sometimes, right?? 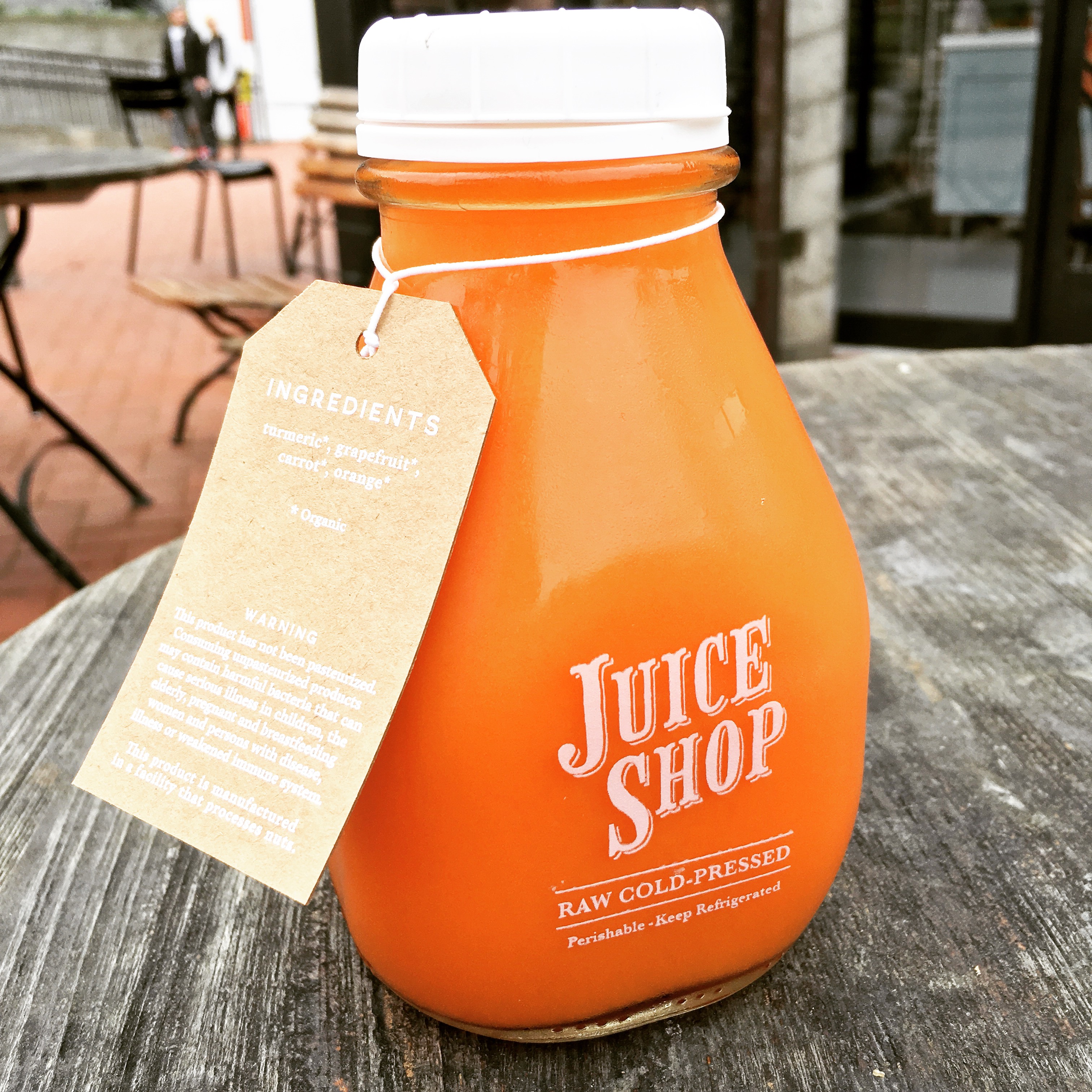 After my run, I stretched & did some yoga before heading out to dinner with a friend. Of course, I stayed out wayyyy too late, and that alarm at 7/8 am was not welcomed! However, I was way too excited to pick up my rental car and drive to Napa that my lack of sleep was quickly forgotten. 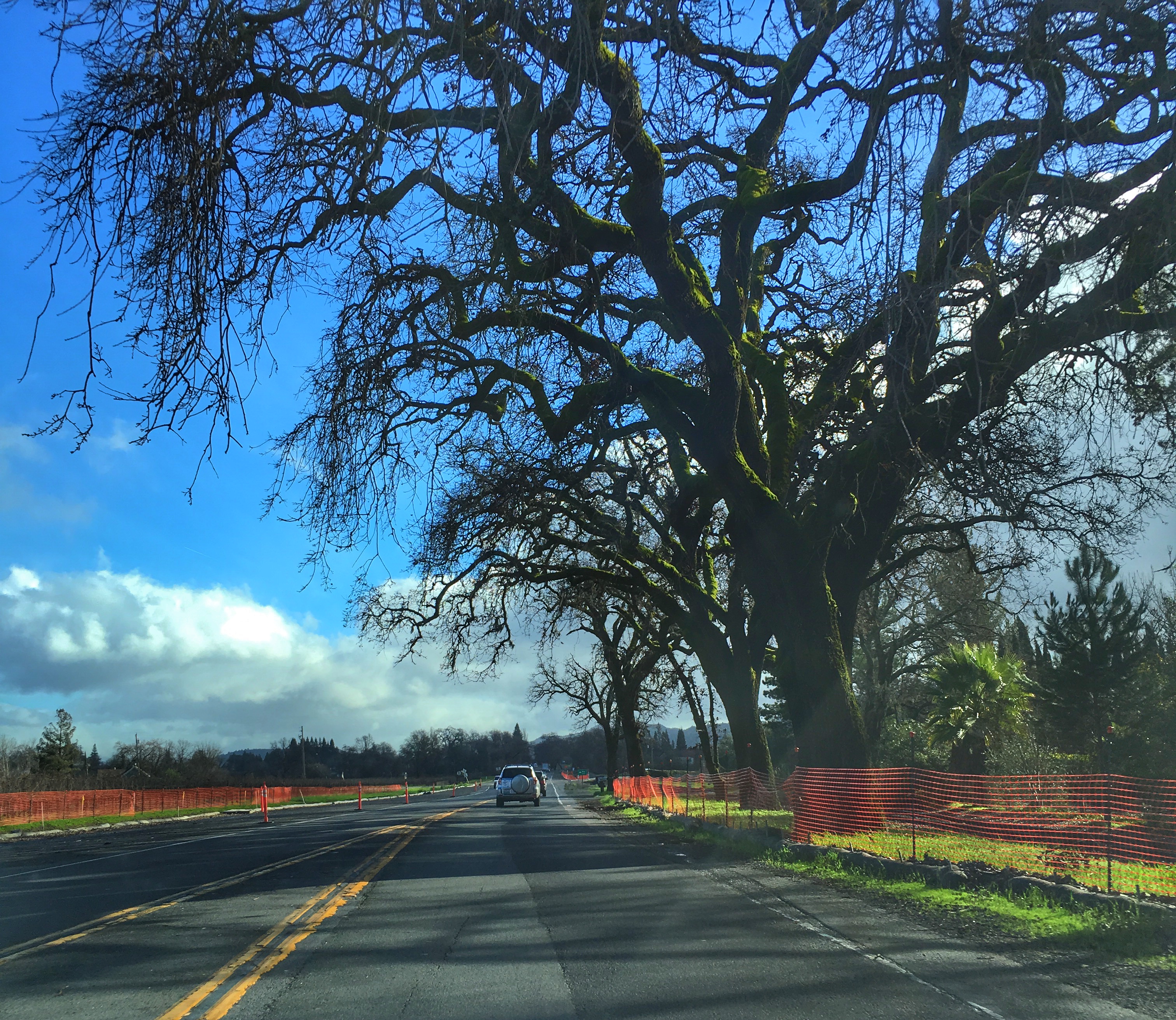 A 1 1/2 hour drive later, I ended up just north of Napa Valley at a Winery called The Terraces – highly recommended by a friend, and it didn’t disappoint!

I was greeted like an old friend and did a tasting with the employees, as I was the only customer there (note-you need to make a reservation beforehand). We chatted for over an hour before heading out to take a look at the property… Just absolutely stunning! There were fruit trees, honey hives, rosemary plants…. just gorgeous. And the wine? Let’s just say this is the first and probably not the last time I will spend $60 on 1 bottle of wine! 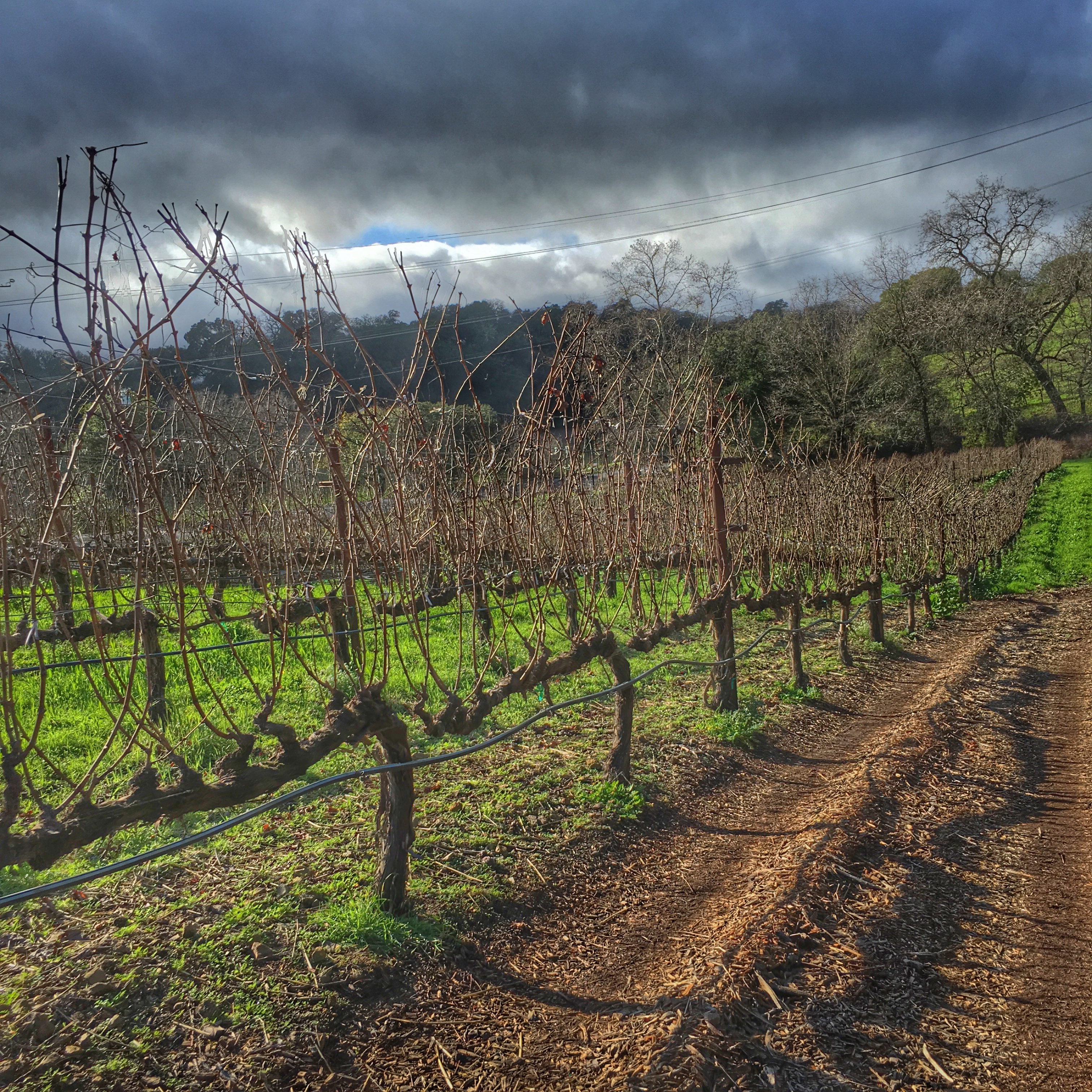 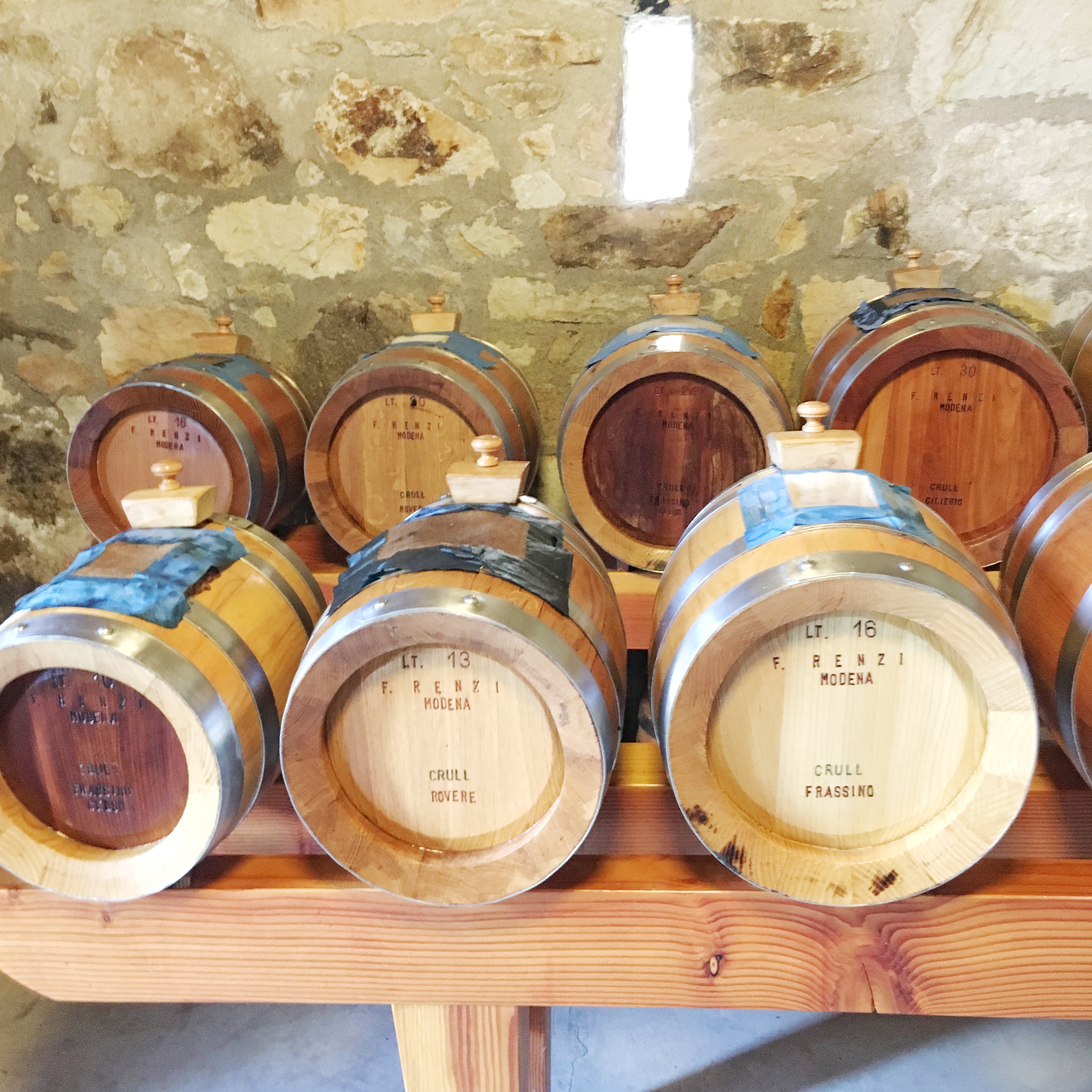 After the tour, I headed off to Domaine Carneros – a winery that makes champagne & pinot noir – 2 of my favorite wines! 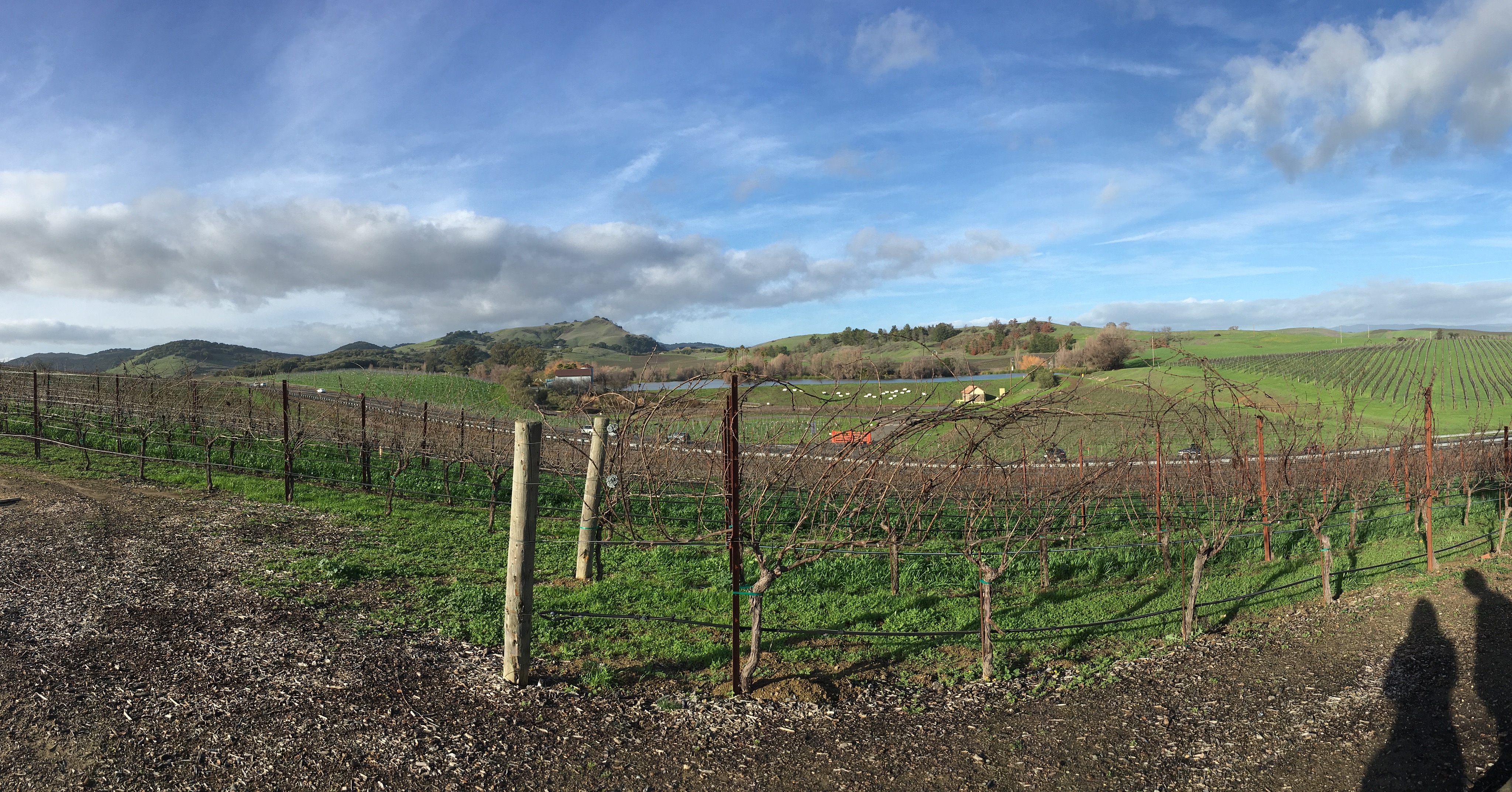 It just so happened that I was the only one in the last tour of the day – so I was able to get a one-on-one tour, with plenty of time to ask questions & hang out! I learned the process of making champagne (it’s actually pretty ridiculous what goes into it!), tasted the different kinds of champagne, and then ended with some Pinot Noir. Wine connoisseurs are seriously dedicated people! 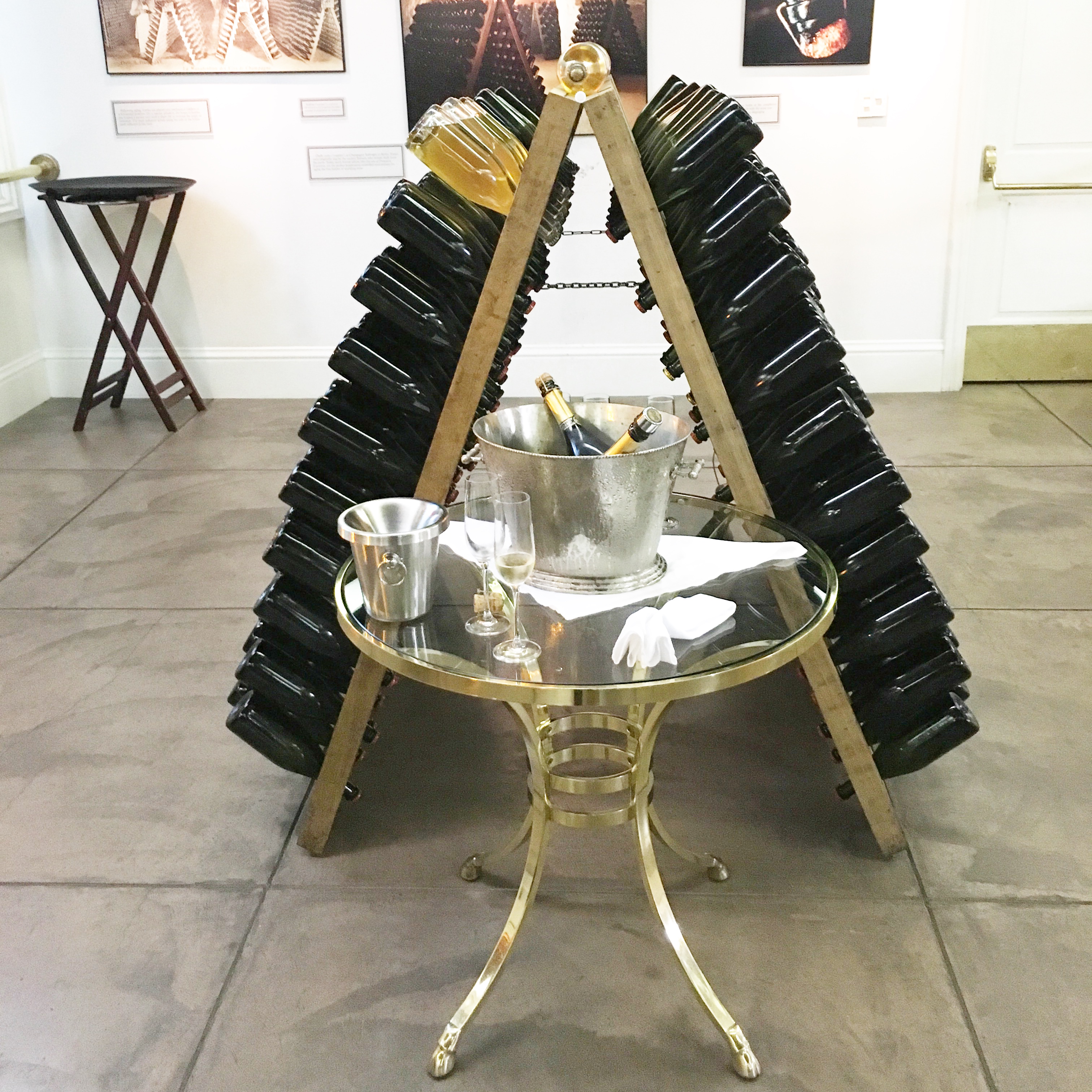 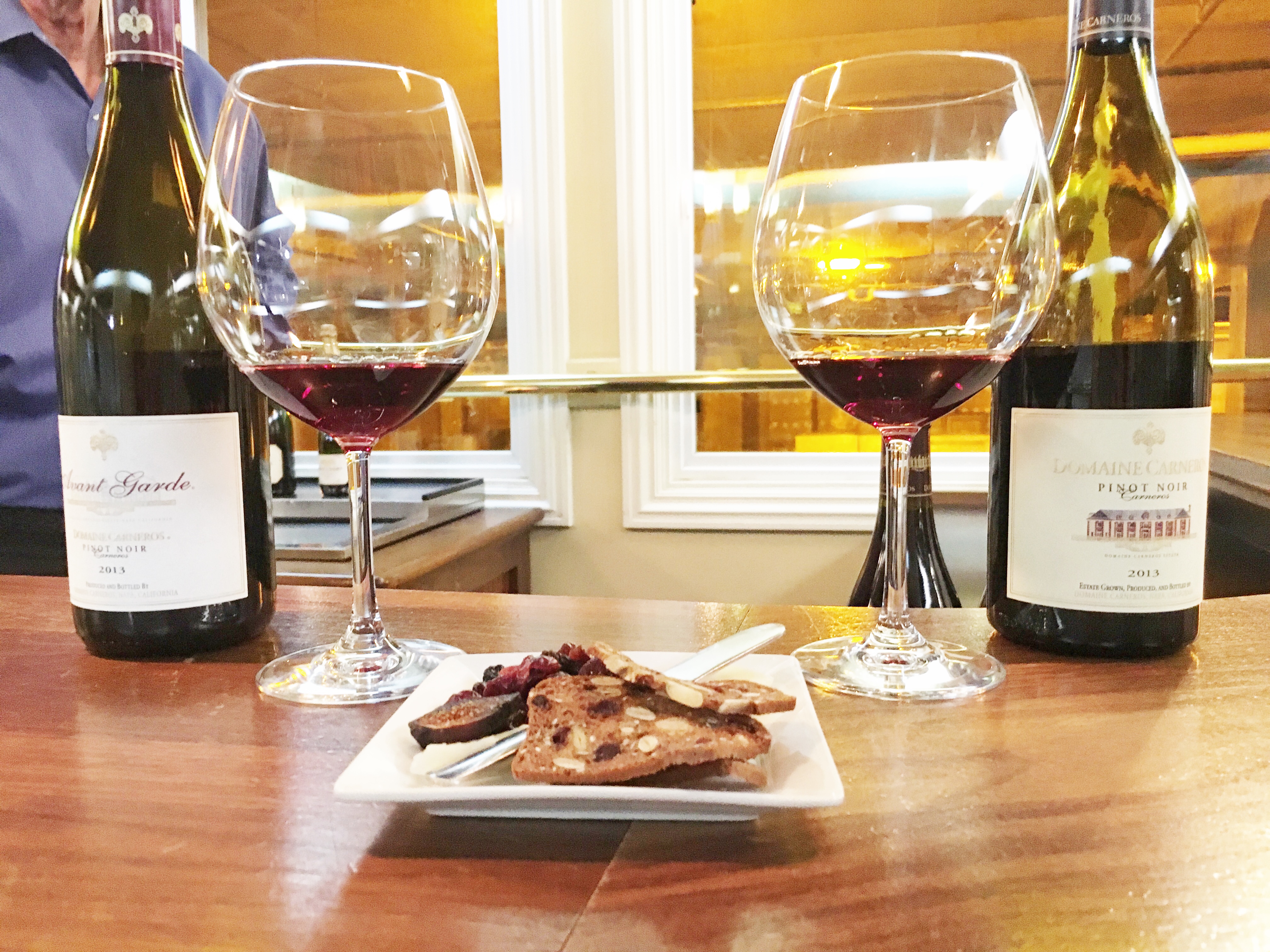 I now know that Brut champagne is the least-fruity champagne (it’s normally made with chardonnay)- so if you want something “sweeter”, go for the dry or extra dry champagne. There is an extra tablespoon or 2 of sugar in there 😉 And Rose is nothing but champagne with a touch of red wine in it! 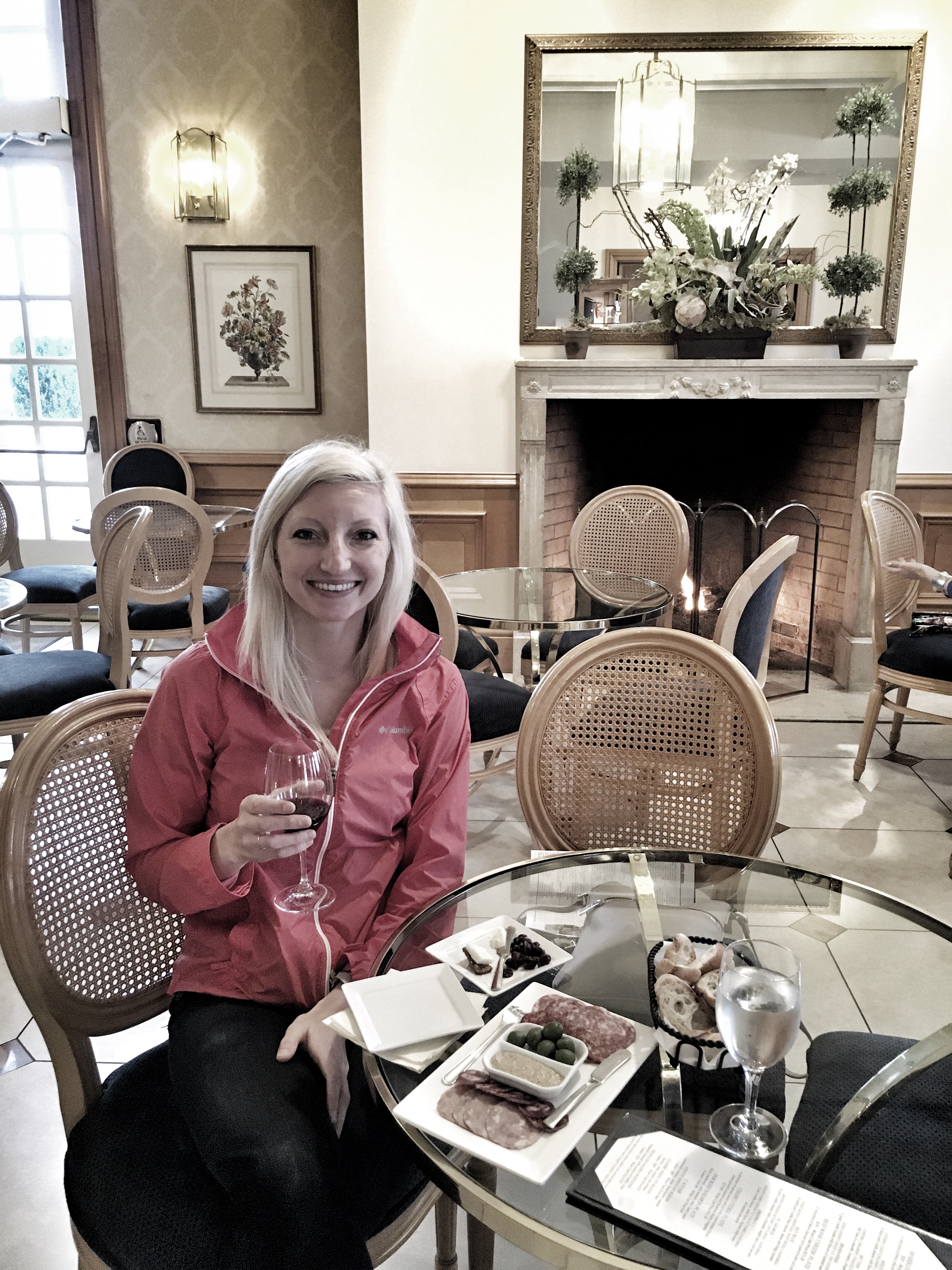 I grabbed a charcuterie board after the tour and relaxed for about an hour, watching the sun set. Seriously, perfect end to a wine-filled day!

I got back around 7, dropped off the rental car, and hung out with a friend after. Of course, I stayed out too late… and I had already planned to go to Soul Cycle – a high-energy cycling class that I was told (by many people) to try. So of course, rise and shine at 5:15 am… 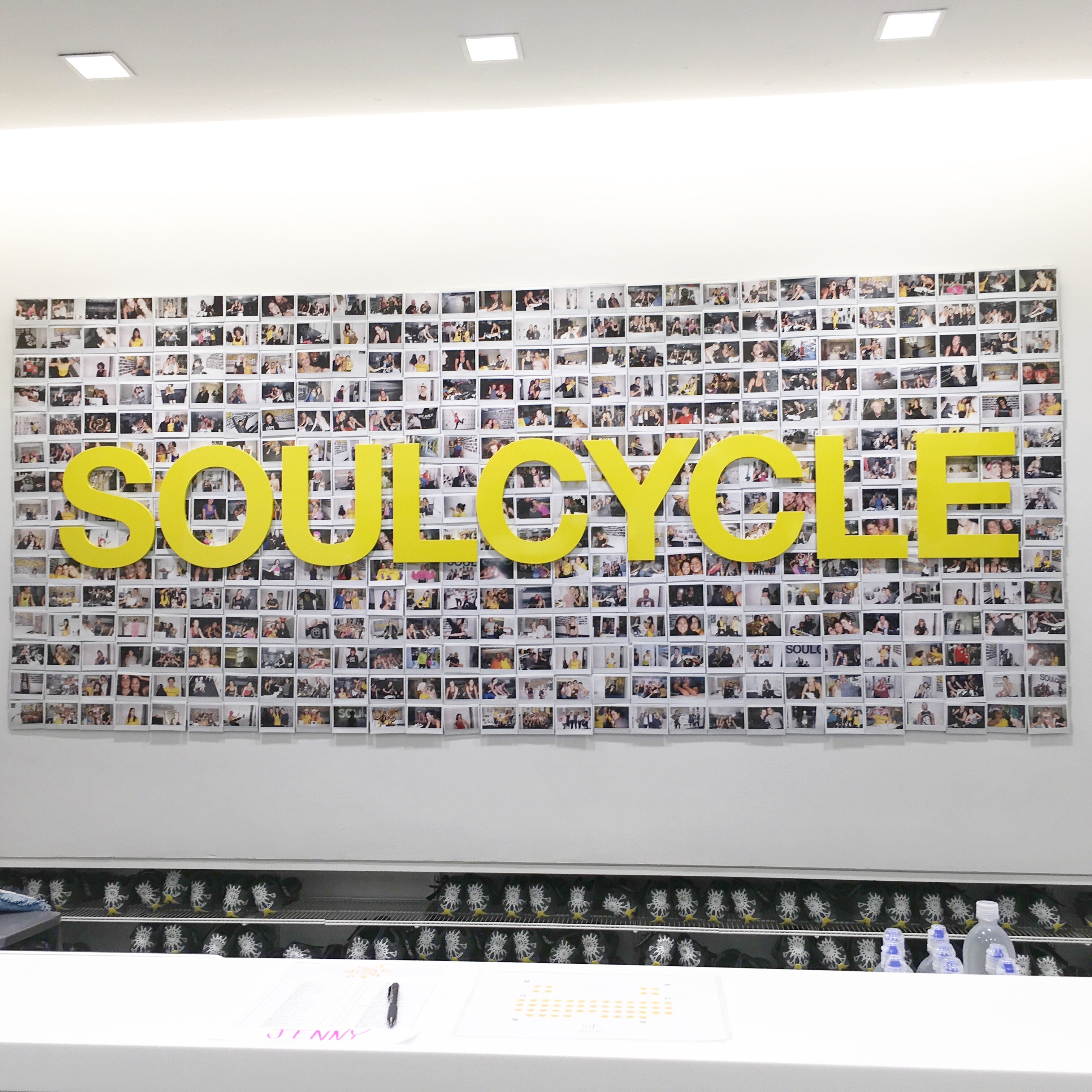 I personally don’t like cycling, as it makes my thighs super muscly… but, I had already run around SF a few times and decided to get my interval workout in for the day instead. The room was filled with bikes almost on top of each other, and I went in early to get clipped in to the bike (note – I really, really needed help from the staff, my shoes did not want to clip in!) and get settled in. There were weights under the seat, and the last 10 minutes of class we used them for an upper body workout. The class had awesome music, buuuuuttt… Not a fan. Just go and try for yourself – it just wasn’t my cup of tea, but some people go religiously they love it so much. For $30/class (YES – it’s ridiculously overpriced), I’d rather be doing yoga or get yelled at by a personal trainer. 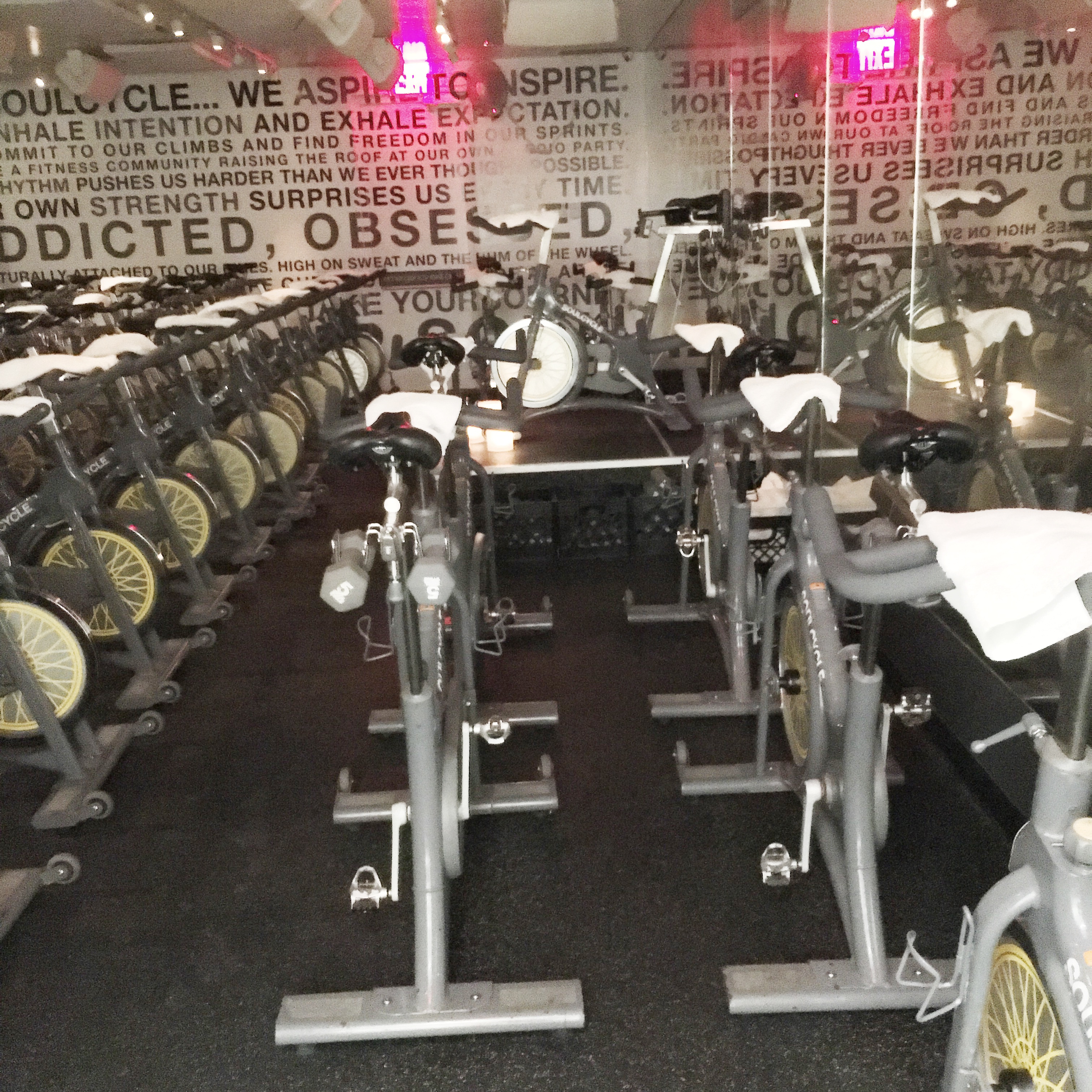 Besides being pretty motivational & having modern decor, I wasn’t super impressed. Also, I learned that I have absolutely NO rhythm. Like, worse than I originally thought. So there’s that.

Unfortunately, my trip was less than a week long, and I had to eventually head back home to Ohio. There was so much more I wanted to do, more wines to drink, and more relaxing to get done! And although it rained half the time, it was still pretty warm & I had so much fun! Upon landing back in Ohio, I was invited with snow and freezing cold weather. BUT – the good news is, I’ll be back! I am planning another Yoga/Wine trip in June, so I’ll be able to visit many more wineries and get a little zen in 🙂

So who has been to San Francisco? Lives there? Did I miss anything I absolutely needed to do?