As promised, I am finishing up a summary of my adventures at Oktoberfest in a second blog post (You can find the first part here).

Sunday, September 20:
To preface: I never really thought too far in advance about Munich – I figured I would meet people and figure it out after I arrived. With that being said, my first day at Oktoberfest proved to be pretty exciting, and full of a LOT of beer. When I woke up the next morning, my body told me it needed a break. So, I kind of listened to it 😉

I had a few things to knock off my to-do list, and the olympic park was one of them. Once I drank a few bottles of water, I headed over to the train station & bought a 1-day train pass around the city – about $6 Euro. I didn’t even get lost, which is saying a lot – my directional learning disability seemed to resolve itself while traveling 🙂

I got dropped off at the station next to the BMW museum – which was cool to look at, but it wasn’t something I really wanted to see. Munich is way more spread out than the towns I went to in Switzerland, so I had to walk/travel quite a bit more to get places. Because of that, I stuck to the things I wanted to see and didn’t make any detours unless I had extra time. 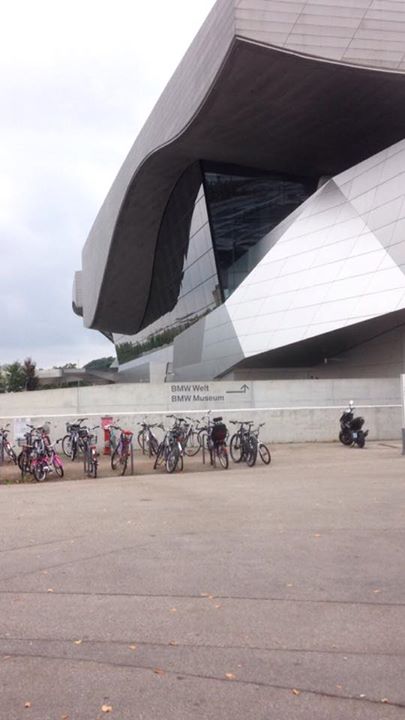 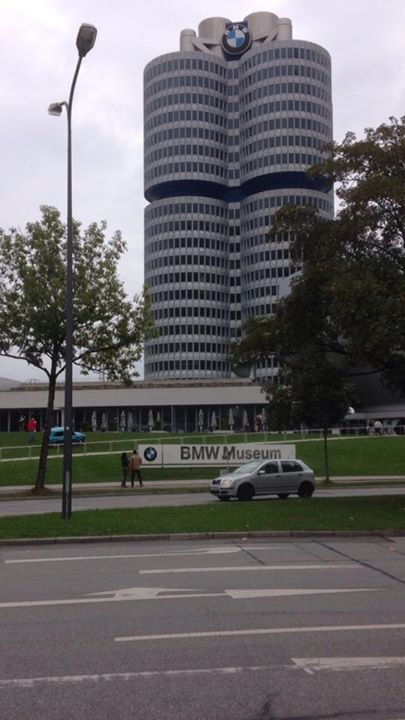 I wanted to go ziplining over the olympic stadium, so I started walking towards the general area I thought the stadium was at. Lucky for me, my sense of direction was on point, and I ended up finding my way to exactly where I needed to be. There was a LOT of walking involved! Which is fine, because I had to walk off all the food and beers I had the day before. The park was so beautiful, and there was so much to look at… I could have spent an entire day there!

After arriving at the stadium, I bought a ticket for ziplining – which, when originally looking at online, it seemed a bit more exhilarating. Since jumping out of a cable car 450 feet above a lake in Switzerland… not so much. But, since I walked that far, I decided to go for it – how many people can say they ziplined across the olympic stadium in Munich?? An hour later, I was geared up, and walking up the side of the stadium to the platform. The guide asked if I was going to do a backflip  – to which I  laughed at – but then realized he was serious. But, like I said, after bungee jumping, i thought “what am I even afraid of??” So I ended up doing a front flip off the edge, and ziplined to the other side. Nothin’ to be afraid of.

After I left the park, I walked back to the train and decided to make a detour. Which, knowing me, I would totally get lost. Luckily, I am a smart girl, and I ended up exactly where I wanted to go: Hofbrauhaus! (Funny side note – I met a few more people from Ohio on the train there – Buckeyes are everywhere!) 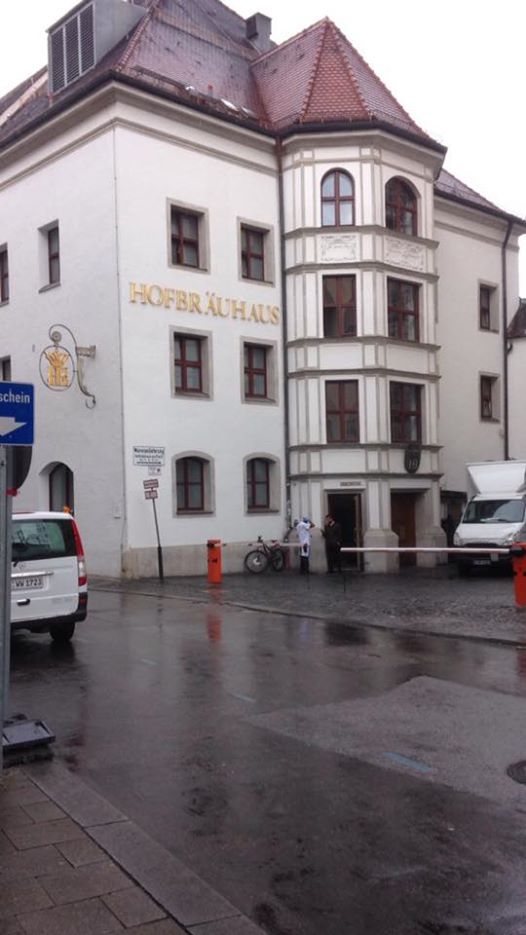 I didn’t stay and eat, but I wandered around and explored all of the rooms – the building is huge! So much music, drinking, food… just an overall happy place to be on a Sunday at 2 in the afternoon. It was raining a little bit off and on the entire afternoon, AND it was pretty cold. So, I don’t blame people for staying indoors and having a fun Sunday!

After I left, I ended up exploring more of the area, finding a ton of gorgeous buildings and fun shops. 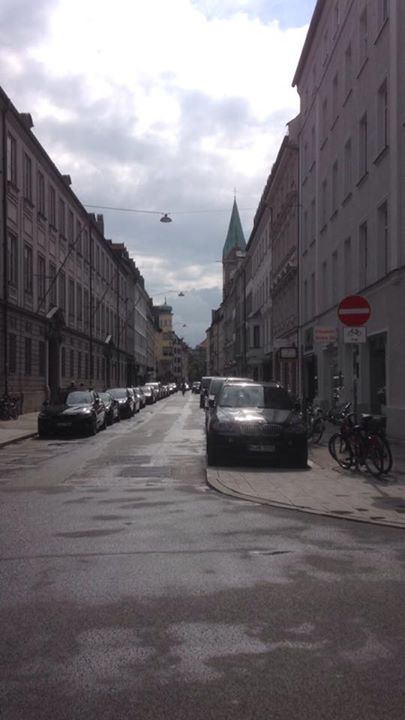 Also, I walked. A Lot. And then walked some more. My feet were tired and I had not eaten anything since I woke up, so I headed back to my hostel around 3 pm. I was hungry, and the receptionist at my hostel recommended a local restaurant, so I headed back out, thinking I was going to grab a bite to eat and take a nap afterwards. Fortunately, adventure seemed to always be around the corner for me, and I ended up meeting some new friends at the restaurant I went to.

A group of friendly guys from England & Australia were having a beer before heading off to Oktoberfest, and they invited me to join them. What other answer would be acceptable besides “of course!”?? After getting changed, we headed to the Oktoberfest grounds – to Lowenbrau Tent, which is known to be the friendliest tent at Oktoberfest! We made friends and sat down (you need to be sitting at a table in order to get a beer), but ended up getting kicked off the table… the people who reserved and paid for the table showed up, and they were not very happy with us. Luckily, we found another table, and were able to drink and eat until the tent closed down at 11. I did handstands on the table, someone bought me a hat, we ate pretzels and german food, and danced on the tables from 5-11. Also, keeping in mind the 4-5 liters of beer I drank the night before, I stuck with 2 liters on my second night – more than enough for a tiny girl like me 🙂

My overall review of the tent can be summed up as this: families, younger kids (think age 16-22), mediocre beer and pure craziness. There were a lot of things that I witnessed in this tent that I wish I never saw (lewd men, male nudity, etc). Don’t get me wrong – I had an absolute blast! But I will say that the Armbrustschützenzelt tent was hands down my favorite tent (of the 3 I went to). 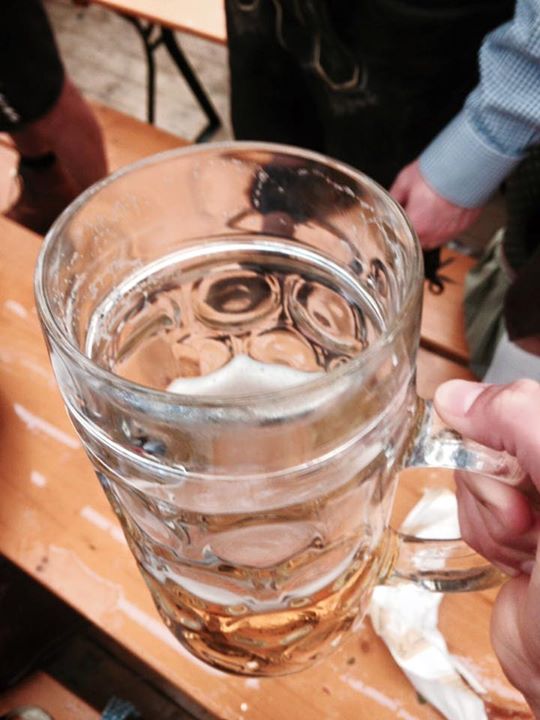 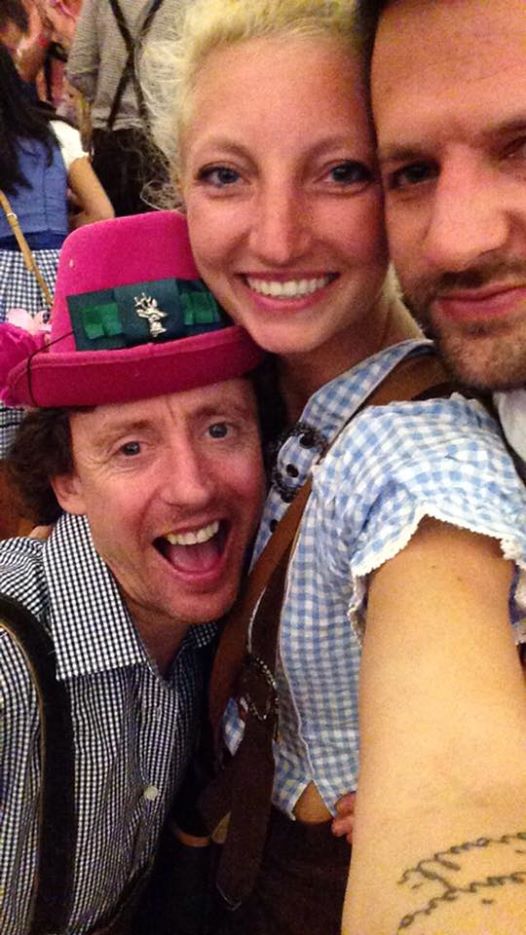 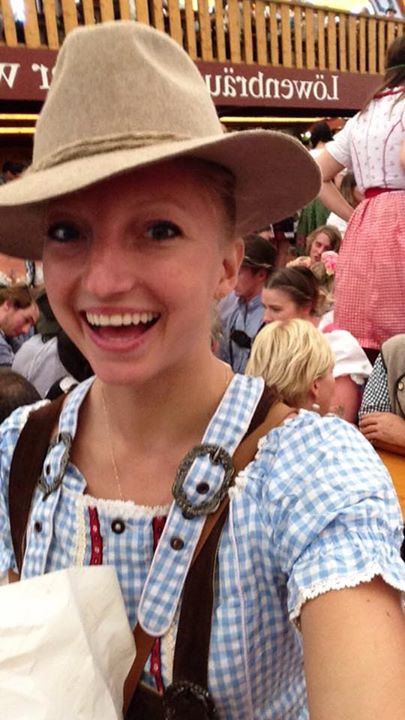 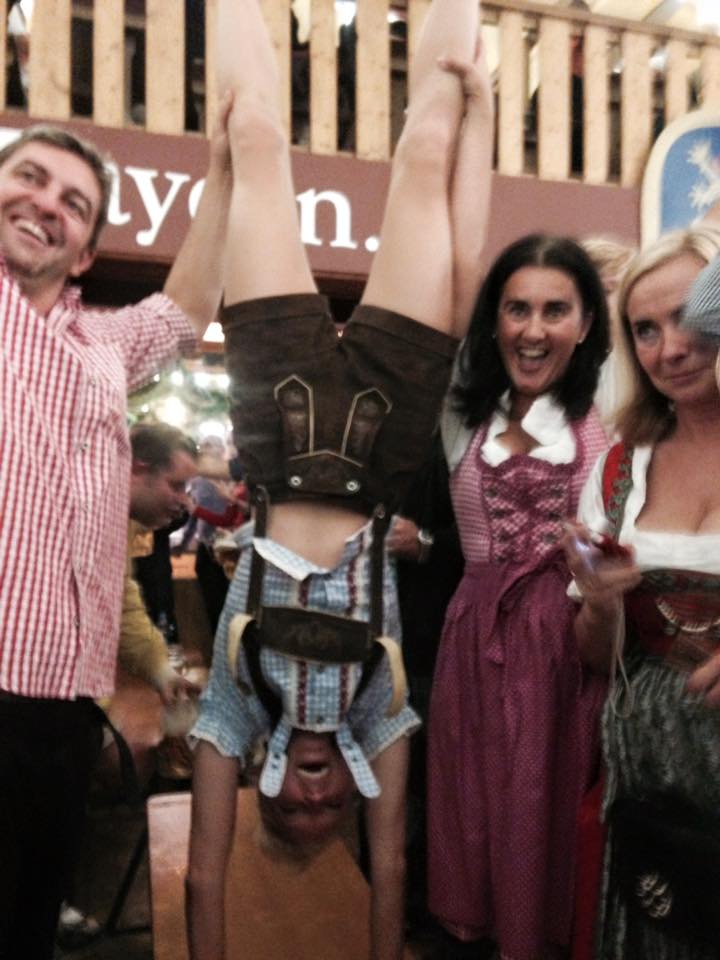 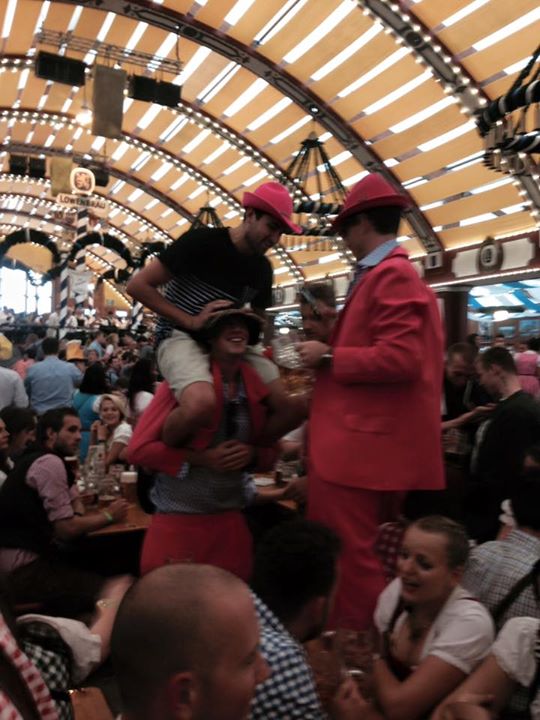 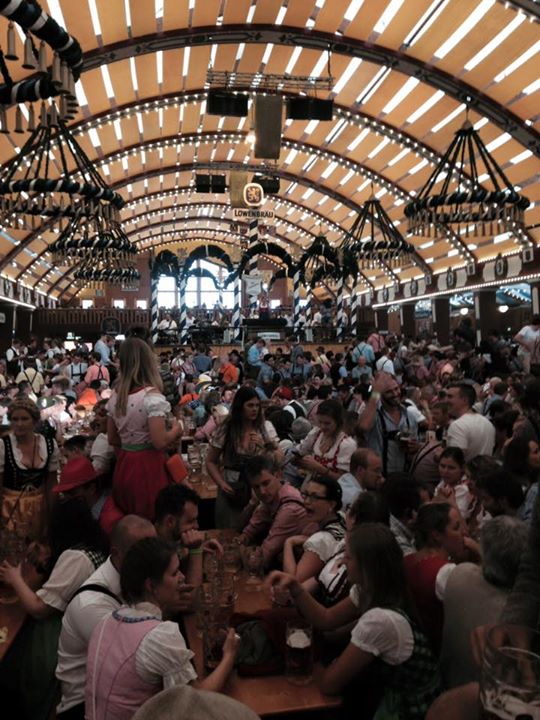 After the tent closed, the we hung out and went on the bumper cars, and the guys went on a few of the rides (I watched – I don’t know how anyone could go upside down after drinking that much beer?!). While watching everyone on the rides, I was given a rose…. I could definitely get used to this in the states 😉 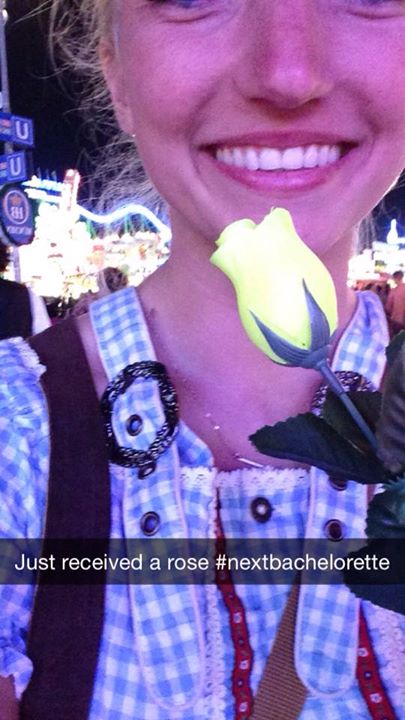 We all headed back to the hotel/restaurant, grabbed a drink, and danced some more. I finally decided to call it a night around 1 – I had a bike tour to catch at 8:30 the next morning and needed to get a little bit of sleep!

Upon arriving at my hostel, I was very quiet, as I did not want to wake up any of my roommates. To my surprise, there was someone sleeping in my bed! I felt like I was in the story of Goldilocks & the 3 bears – except there was a dude sleeping in his underwear in my bed instead of a sleepy, blonde-haired girl (me!). Needless to say, I was not happy. So, I turned on the lights, and told him to get the heck outa my bed. It was pretty comical watching him stumble across the room and into the top bunk, so I couldn’t be too mad! I woke up to a few guys getting up at 7 am to head back to Oktoberfest – and the guy who had been sleeping in my bed couldn’t find his phone OR his pants… The Oktoberfest struggle was real! LOL

My spontaneous second-day at Oktoberfest ended up being an awesome addition to my trip (I had only planned on going 1 day) – so for anyone else heading out to Munich next year, just plan on 2+ days. The experience and the people you meet are totally worth it – you will never regret german beer & new friends!

For anyone that has been to Oktoberfest – what was your favorite tent? Do you have any other tips/info that I didn’t talk about?