St Jude is awesome
Running through Times Square when it’s shutdown is amazing
I PR’ed my half marathon time by 1.5 minutes
I’m pretty sure I’ll be living in NYC in the next year or 2 because I love it so much
Vacations are never vacations for me
I need to learn to wear sun block & not fall asleep on the beach
I’m going to Thailand AND Ibiza in October

This past week has been an absolute whirlwind – so much, in fact, that I barely took any pictures. The race weekend was jam-packed full of running, meeting up with friends, celebrating, and spending time with family. By the time my (delayed) flight got in after midnight on Wednesday, the last thing I wanted to do was work a 12-hour day on Thursday… but, like all my travels, no regrets 🙂 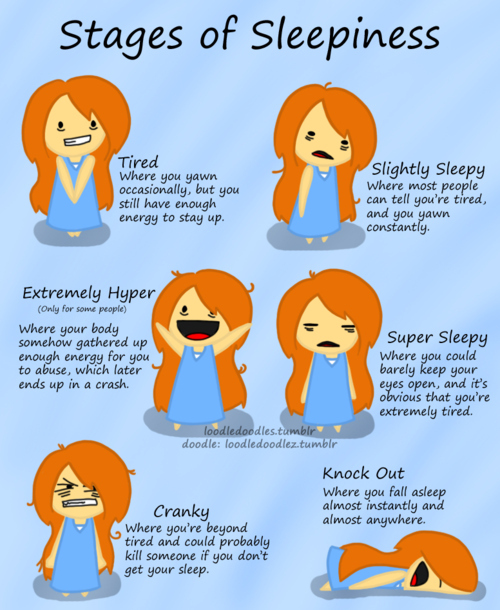 How I felt by the time I got back home

I flew into NYC Friday morning, checked into my hotel, and picked up my packet. I got a good look at the race course – and I’m so glad I did! I had never run in Central Park, but apparently there are a decent amount of hills. I got the rundown on what to expect from others who have run this course before, and it was extremely helpful! 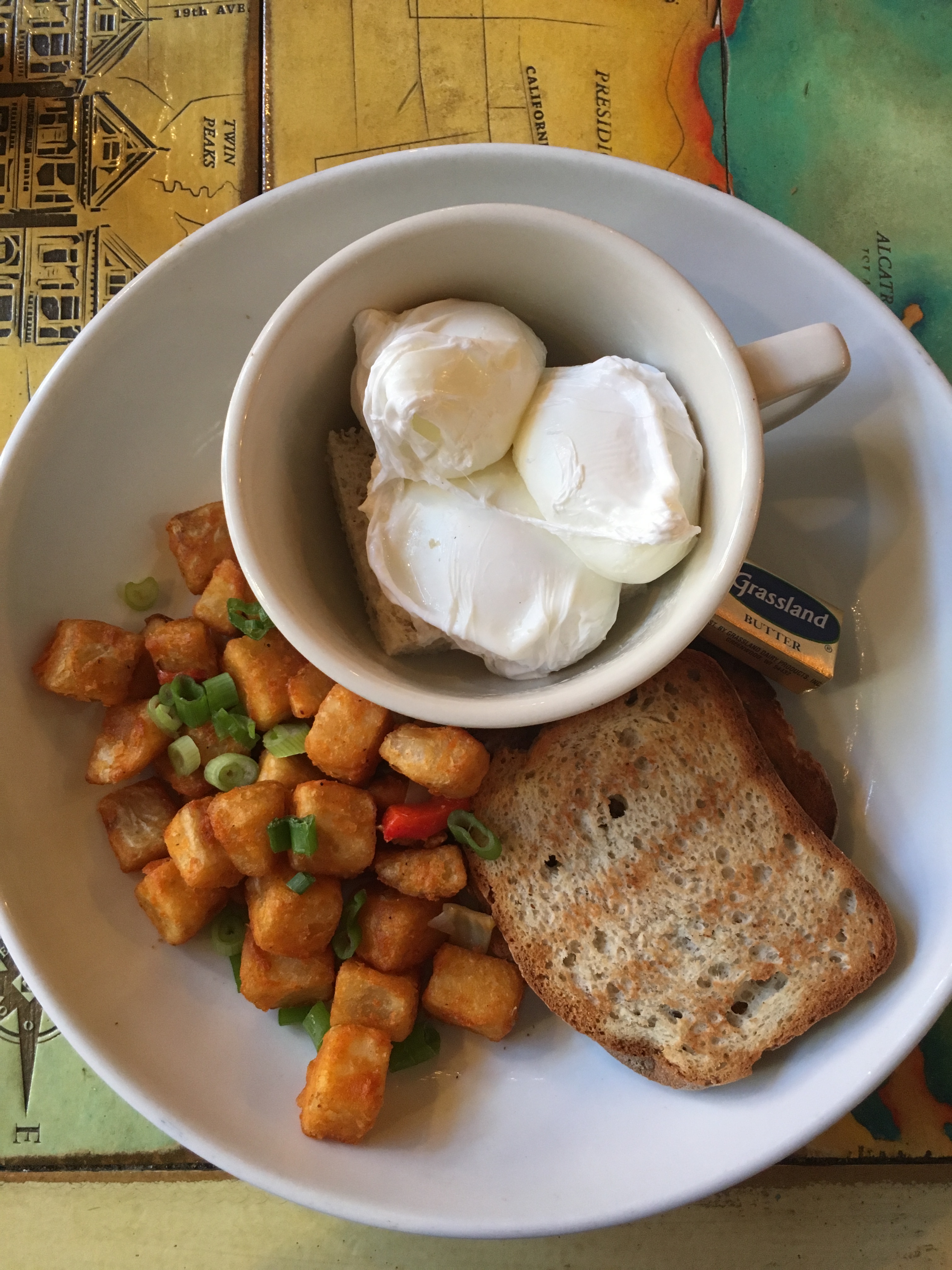 Brunch before the Expo: Grey Dog Cafe in Chelsea!

Afterwards, I took a nap before heading out to Sadelle’s – one of my new favorite places for drinks & awesome bread (with truffle honey & Icelandic sea salt – amazing!). I caught up with a friend from my Belize yoga teacher training over dinner and drinks… It never ceases to amaze me the people I stay in touch with from all of my travels! 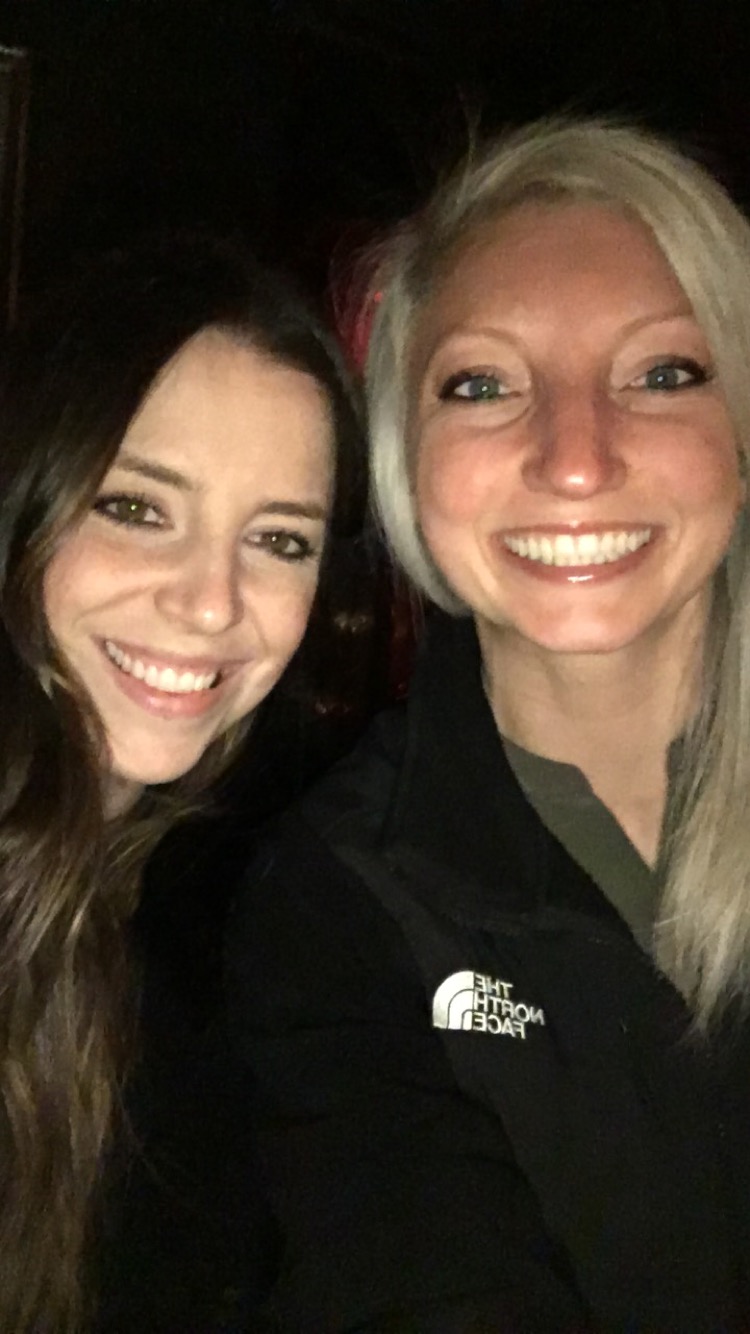 Saturday consisted of sleeping in, then finally meeting the coordinators of the St Jude Charity & the other runners! Everyone was So nice, and I spent about 2 hours chatting with everyone. As a total group, all runners raised ~ $50,000 for St Jude!! That’s 50 Chemo treatments for children with cancer! Just absolutely amazing.

Afterwards, I went on a coffee date with a new friend, then headed over to Jivamukti Yoga to take a class with another friend I met at the Cuchira Yogance workshop I took back in December. She convinced me to go to Thailand in September with her… I mean, why not??

Most trips I take aren’t personal – I always take yoga classes or workshops at other studios everywhere I go in order to learn more as a teacher and grow my own practice. I always take a ton of learnings back, and I think Jivamukti is my favorite yoga class I have taken to date! I am planning my next trip to NYC in the next month or so to check out a few other studios – next time I might not come back 😉

Afterwards, I made it back to my hotel and prepped for the race, laying everything out so I could sleep in a little longer in the morning. Fast forward a very sleepless night (who doesn’t get nervous the night before a race??), I hopped on a train and headed to Central Park. Since there were over 20K runners, it was a bit hectic… meaning, I was sprinting to my corral at 7:30 before they closed it…. I ended up being fine, but looked like a crazy person. My hands were full of water, gu, my gloves, an extra shirt… I think next time I am going to bring a friend to run this race with me!

The race has been my favorite to-date – central park was a bit hilly, but I ended up running a negative split & PR’ing by 1.5 minutes. It wasn’t my goal time, but considering I missed 2 months of training due to tendinitis & no speed work… I’ll take it! 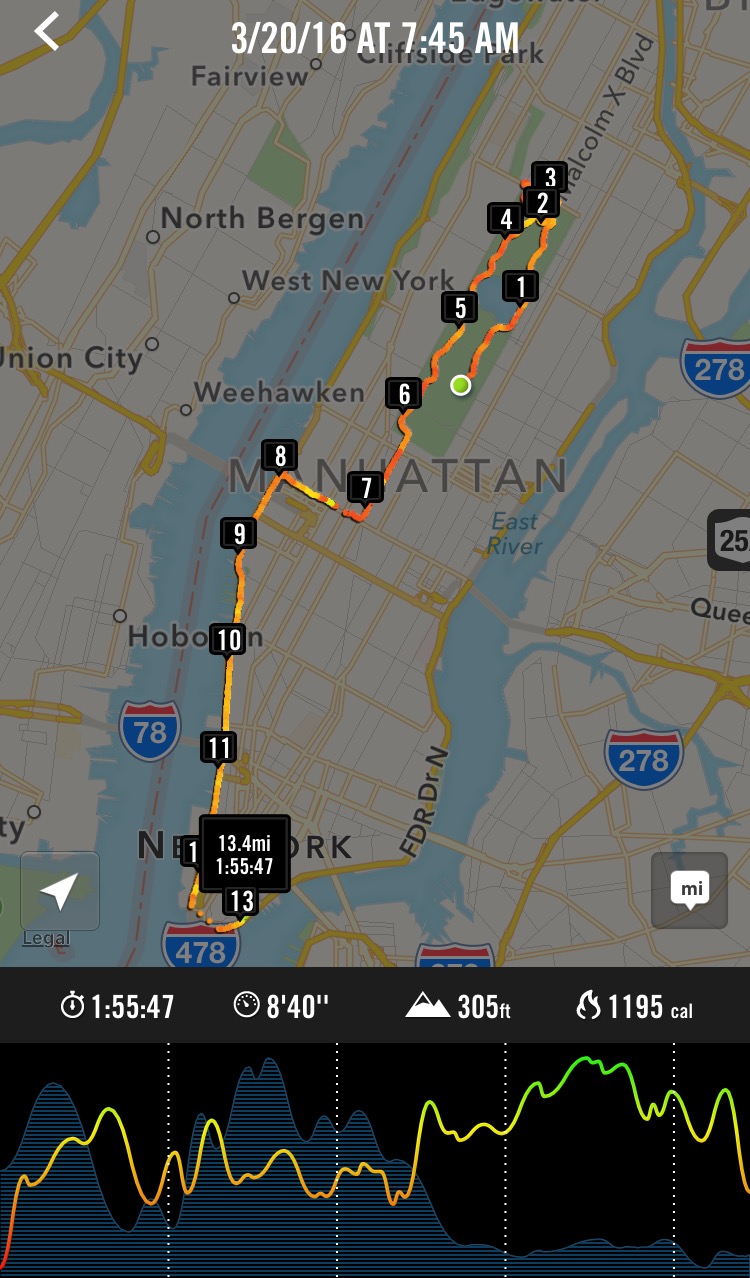 The last half of the course is pretty much downhill/flat once you get out of Central Park, and running through Times Square was unreal! It’s the only other time it’s closed off besides New Years, so it’s a treat to run through the streets. I wanted to take pictures/run with my go pro, but also didn’t want to slow myself down any more… hence the lack of pictures. 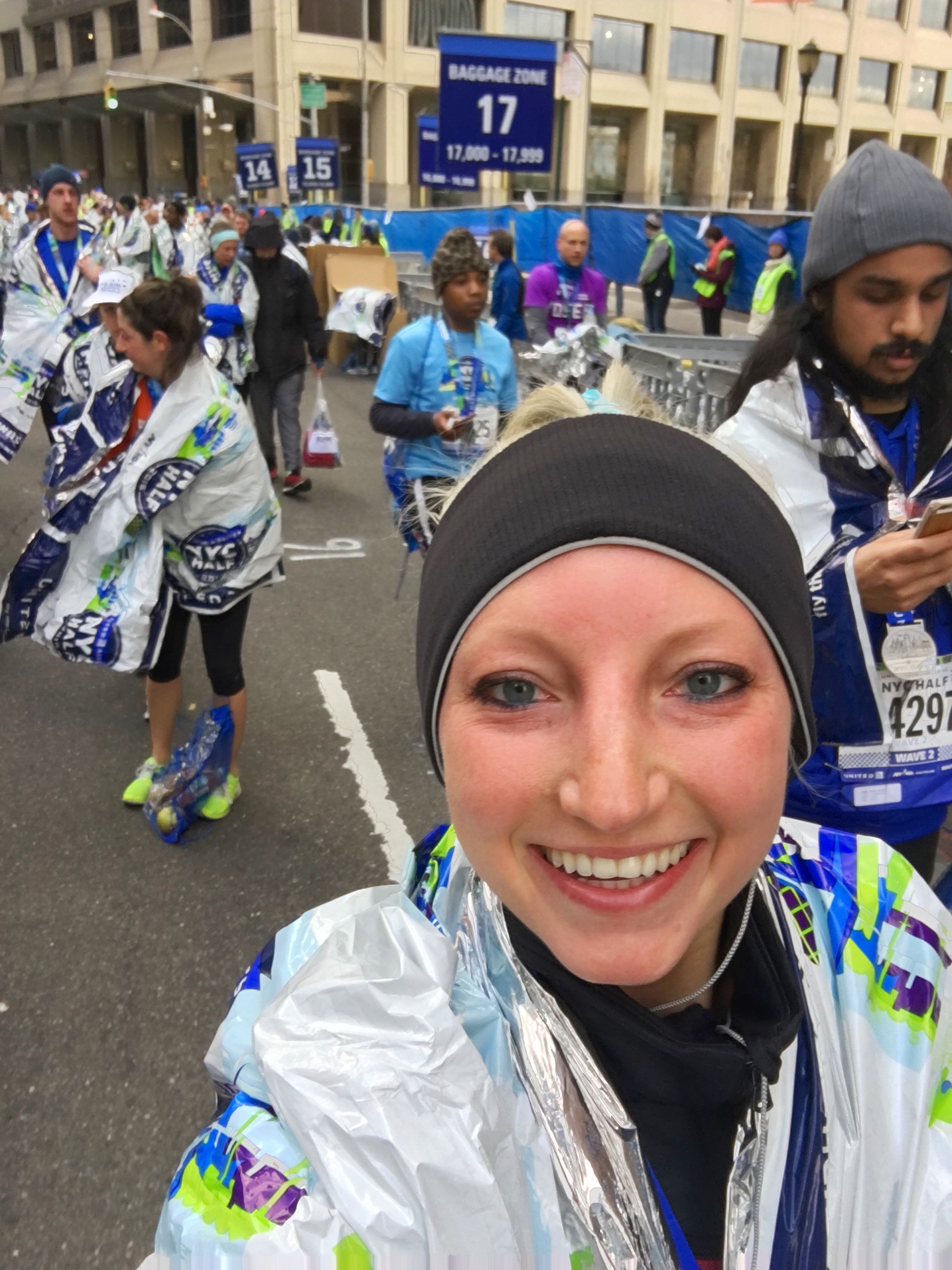 Once I finished the race, I couldn’t believe how organized NYRR was… I immediately had a blanket & my medal handed to me, and was then directed to go pick up a bag full of post-race hydration & snacks. I was on the train back to my hotel within 20 minutes of crossing the finish line! 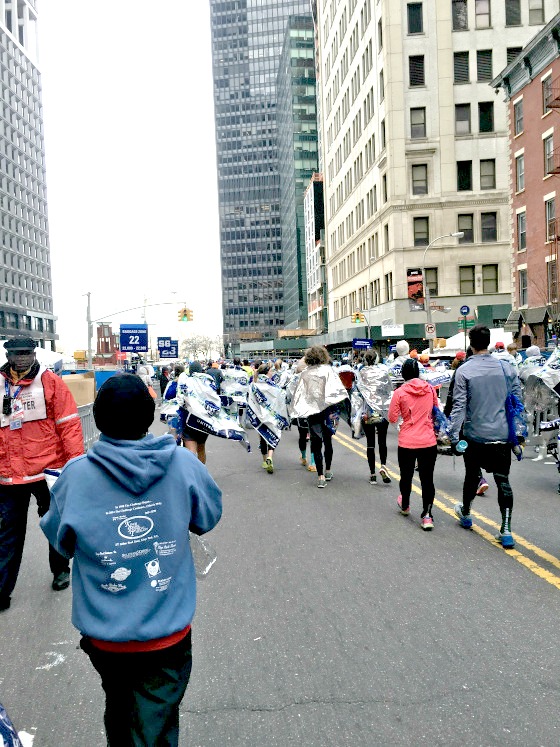 My body was hurting, so I took a shower and headed to a water spa for the day. I ended up spending the most time in the nap room after sitting in the saunas… much needed! Afterwards, I stopped to grab some food before my massage: 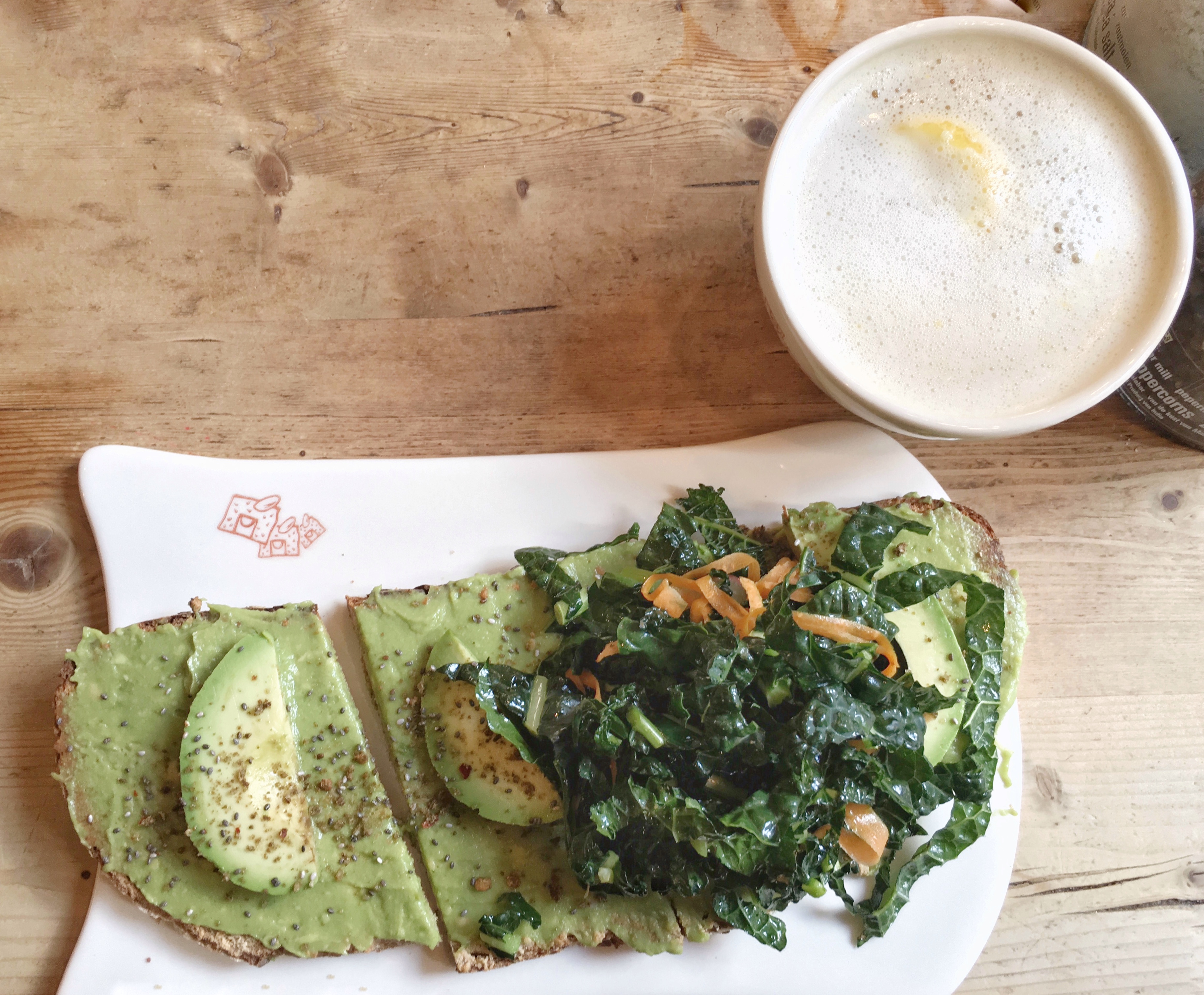 Yep, I’ll probably move to the city just for the food.

After my massage, I showered & went out with a friend for dinner & drinks. I’ve been wanting to go to Black Tap – I follow their instagram, and the milkshakes look Unreal. The burger was really good, but my stomach was not ready for that milkshake (the amount of gu’s consumed during my race always makes me not want to eat for a week straight). It was sooo sweet & peanut-buttery! But look at it. It looks so.so.good. 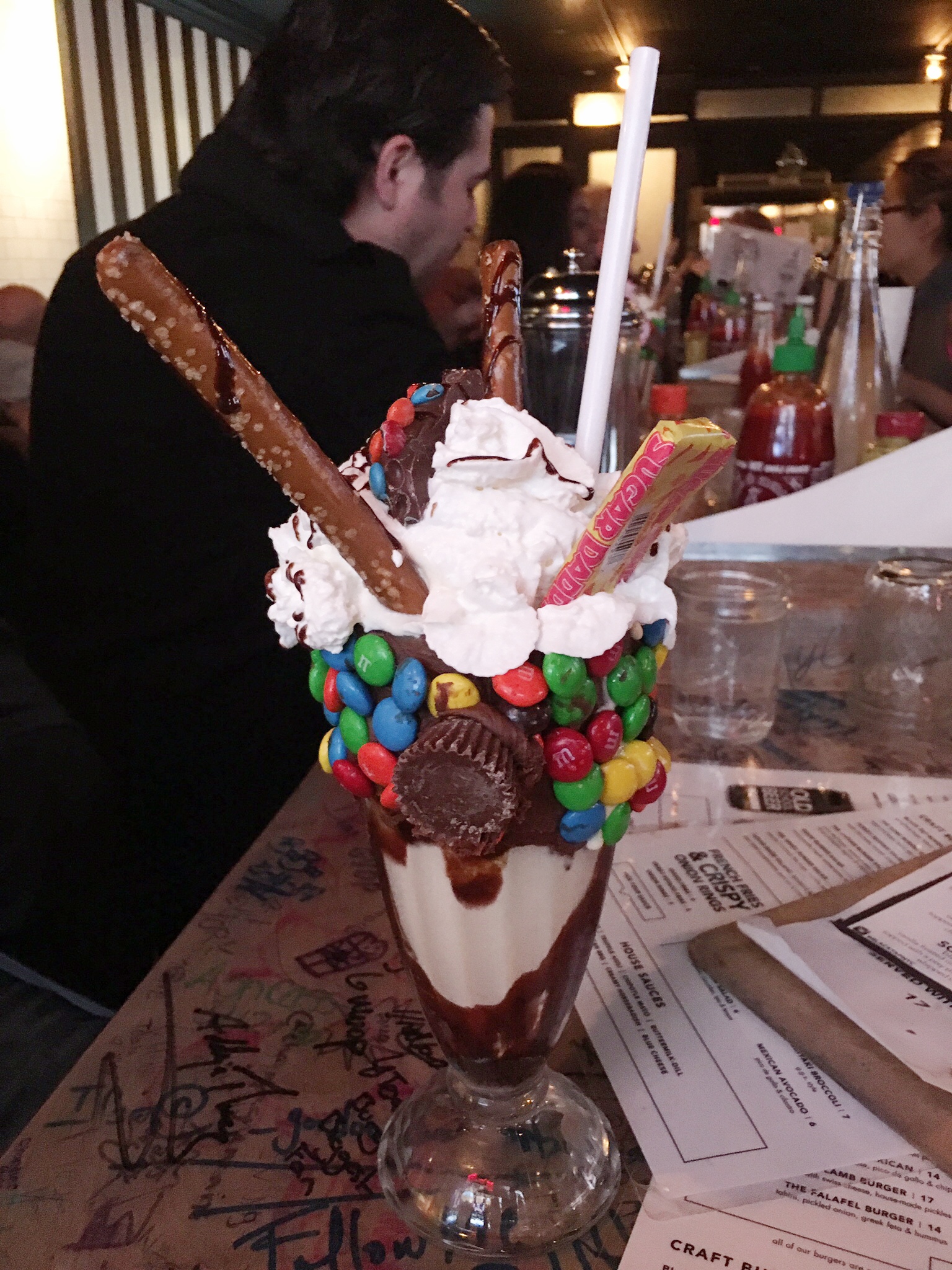 Following dinner with more drinks, we ended up not crashing until 2 or 3…or maybe later… drinking celebratory drinks after finishing a half marathon is totally necessary, so no regrets.

4:30 am rolls around, and my airport shuttle was waiting to take me to JFK… family was waiting for me in Florida! 4 hours later, and I’m hanging out with my cousins… ok, I was napping off a hangover, but AFTER I hung out with my cousins!! It was actually too cold & windy to go to the beach, so we stayed in, and my cousin’s fiance cooked us smoked wings on the grill. So.So.Good. 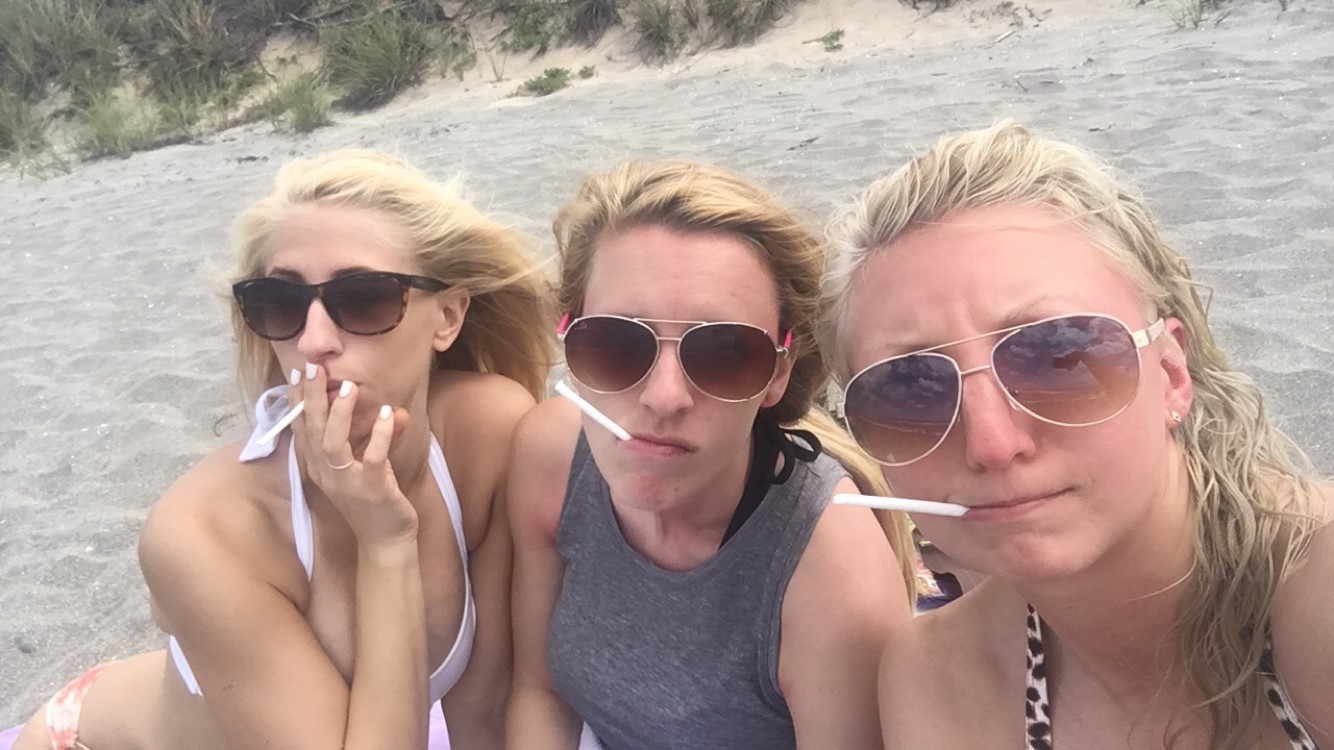 On the 2nd & 3rd day, we were burnt to a crisp (blisters on my ear :(), but it was so relaxing and nice to not have to worry about work! 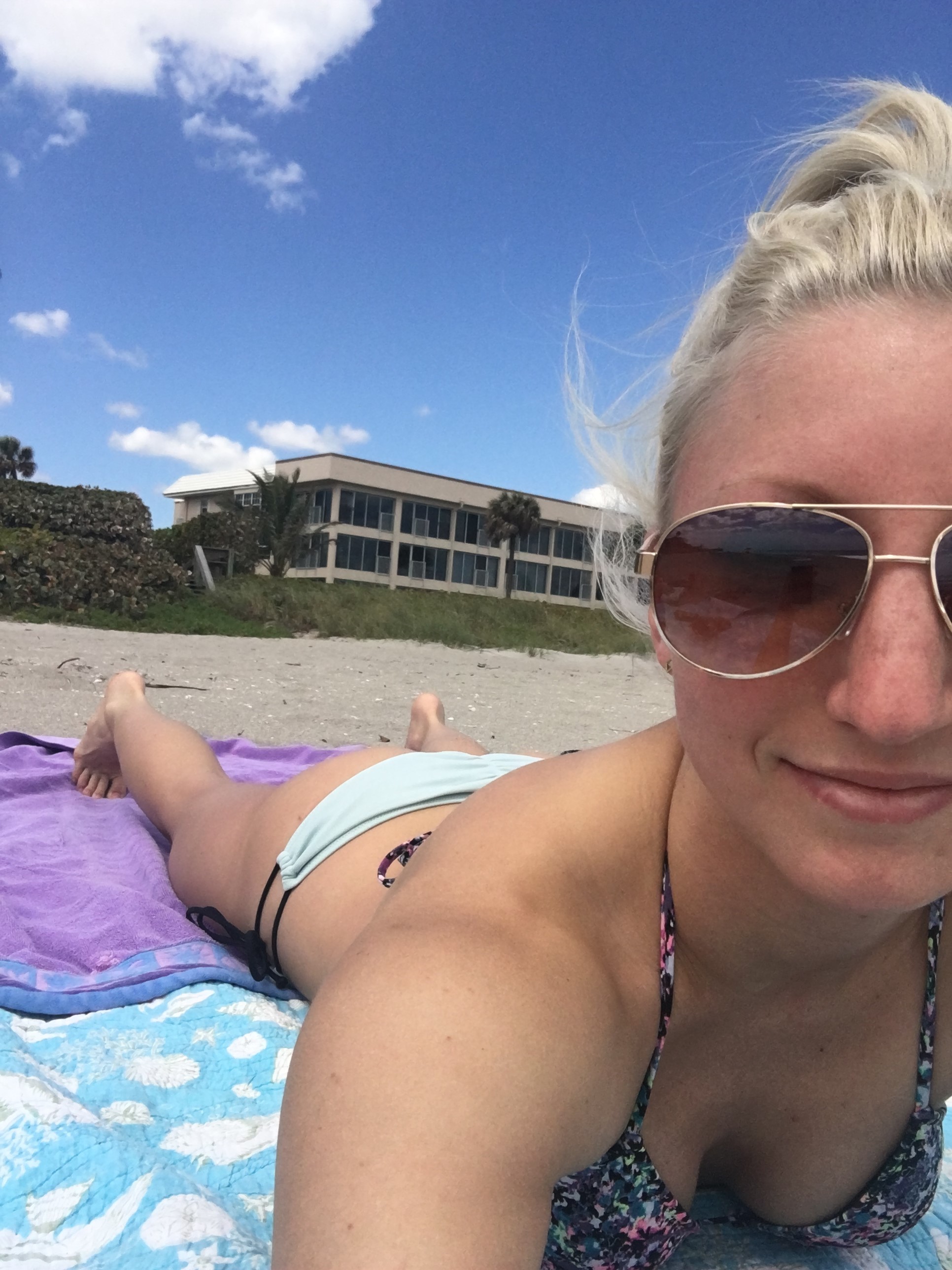 Alas, all good things must come to an end. Wednesday night, I boarded my (delayed) flight back to Ohio , arriving home around 12:30 am. Note: The entire right side of my body was completely red & sun burnt – I looked like 2-face from batman. Seriously, not a comfortable flight back.

So what’s next for running? Resting up the next few weeks, then training for another half… I am determined to get under 1:50! Any suggestions on great courses? I will definitely be running this half again next year – and seriously recommend anyone who likes to run to do it! It actually went by really quickly, but it was so well organized, and the actual course basically sets you up to PR/negative split.

Yep, Thailand AND Ibiza! Flights are booked to Thailand and from Ibiza… All I need to do is buy my connecting flight from Thailand to Ibiza! So Yoga retreat with a friend, taught by 2 famous yogi’s for 1 week in Thailand, then jetting off to Ibiza the week after with a few of my favorite people! More yoga, relaxing, and dancing. I’ll be gone for almost a month! More to come on this…. 🙂

So what’s everyone else up to? Travel plans? Has anyone ever been to Thailand or Ibiza? Tips on running a sub- 1:50 half marathon? Best half marathons to run?